With a joke about his own stupidity, Churchill absorbed the anger of people and Parliament

IN the midst of World War II when the bombing of Britain by the Germans had  intensified, a British citizen wanted to express his discontentment about the state of his country.

One day when the motorcade of the most famous Prime Minister Winston Churchill was passing on the street, the citizen intercepted it and shouted at Churchill, “You are a stupid Prime Minister”.

Immediately, the security guards arrested him and imprisoned him. The next day, during a parliament session, one of the MPs questioned Churchill, “Is it permissible for the police to arrest a citizen just because he insulted you?”

Churchill replied, “The police did not arrest him because he insulted me, but because he disclosed a state secret”.

The entire parliament erupted with laughter and applauded the veteran prime minister who absorbed the Parliament’s wrath with his sagacious sarcasm.

Churchill was well aware that the people were the robe of power. If he moved away from it, he knew he would get disrobed and uncovered. That was why he was keen to hear all opinions and discuss them comfortably. He was thus able to get Britain out of an existential crisis – World War II. His name will be immortalized in history as the most shrewd English politician.

I remembered this incident when I witnessed what was happening with us in Kuwait. The authority entered a tunnel of crises that posed a threat to everything, closed its doors and windows, and did not listen to the voices of the people.

This was highlighted in the “diwaniyas” and through the statements issued by social activists, and even by the majority of MPs who demand the dissolution of the National Assembly and early elections to get out of the predicament of the two houses, which have cast a shadow over everything in the country.

No authority in the world can stubbornly oppose its people. Experiences have proven that this negatively affects the authority, weakens it and increases its diseases, especially if those responsible for executive affairs, including ministers and undersecretaries, are weak, do not realize the magnitude of the tasks entrusted to them, and falter in their decisions, as if each of them governs a private farm and not a ministry responsible for managing the affairs of the people.

The ministers, especially those in charge of sovereignty dockets, have proven, before others, their lack of resourcefulness and their failure in managing the institutions that they are in charge of.

It includes the “60-year” decision related to expatriates, and the law on the residency of expatriates, which revealed a terrifying misreading of the data that must be worked for, as well as the closure of Kuwait at a time when the neighboring countries are moving at the speed of light towards openness, and not to mention the worsening economic crisis, which undoubtedly affects everyone negatively.

In all of this, the authority strips itself of its power because of its closure within itself, and its failure to hear the voices of the people, thus increasing the popular anger and weakening the connection between it and the people who did not leave a door without knocking in order to make their voices heard.

However, it seems that all fall on deaf ears when it comes to this authority, even though it is required to open its doors to everyone and talk to them. This is what countries with good governance work on, because it would otherwise be like burying one’s head in the sand. 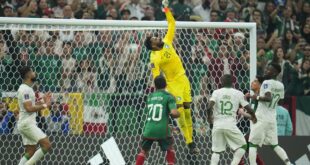 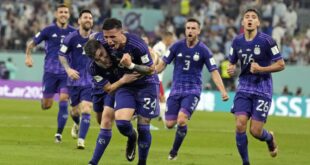 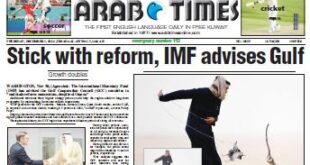