Who accepts the challenge?

The operation of liberating a state from the grip of occupation did not occur in the history of the modern world, as did the epic of liberating Kuwait, when 34 countries participated, and almost all of them are rich in everything, democratic and free, and some of them paid billions of dollars in donations, and others participated with half a million fighters, which bore a large part of the costs of the war and lost the lives of its children, and behind all this unprecedented international momentum and sympathy were reasons.

It is impossible to win so many countries to participate in an international campaign to liberate a small country with no more than 1.2 million citizens without logical and human reasons, it would have meant a lot to them, including:

1 – The world’s rejection of the invasion and occupation of a large or powerful country to another independent country, and a member of the United Nations, by force or any other way.

2 – The countries of the world hated the dictator Saddam’s regime and his criminal personality.

3 – Saddam refused to comply with all international resolutions to withdraw.

4 – Continuing sabotage and killing Kuwaiti citizens, displacing and intimidating millions of Kuwaiti residents and stealing their property and state property.

5 – Most importantly, the legitimacy of the ruling system in Kuwait and its leadership’s respect for international conventions, the dignity of its people, and its commitment to the principle of justice and democracy.

Since the liberation until today, we have gradually moved away from many of our ideals and constants, as a free democratic state that rules with firmness, determination and justice, and these are the virtues that prompted the best countries in the world to rush to liberate us, after we became, with time, accepting the transgressions of the adults and holding the young accountable for the most superficial issues.

Our successive governments and the parliaments also participated in this, as we saw strange and wondrous rulings issued by various courts often due to the lack of legislation, the lack of clarity in the texts of the laws issued, and the legislative flaws, nevertheless, neither the ministers nor the legislators paid any attention to the gradual deterioration of the situation, and they turned completely to issuing laws and decisions that would win them the hearts, stomachs and pockets of their voters instead of their minds, the future of their children, and the prosperity and permanence of their homeland.

The two authorities also failed to develop effective solutions to serious issues, such as the problem of the bedoun and holders of dual nationalities, demographics, forged certificates, the deteriorating economic situation, and the administrative devastation we witnessed during the two years of the Corona pandemic, and three decades before it, to find solutions to its deterioration, not to mention the most important and biggest issue related to the deterioration of education and the deterioration of the morals of young people which have reached the bottom.

The government must be well aware of the fact that our image as a democratic country that believes in law and justice has been distorted due to the misbehavior of some of our authorities and if we were invaded today, most of the countries that participated in our liberation in February 1991 would be reluctant to participate again in any campaign.

The homeland cannot correct its path without applying the law on everyone, without exception, and in the late Abdullah Al-Salem we saw a good example when he did not hesitate to ask the people closest to him to leave the country.

We are a small and rich country but neither our smallness nor all of our wealth can earn us the respect of the world no matter how much aid we pay and give, but rather our respect for ourselves and our laws, and applying them firmly and fairly without hesitation or slackening.

These are the necessary matters that must be taken into account through a clear plan which lays down solutions to all our intractable problems for decades and which need only those who take the decision on them and adhere to them.

Our constitution is the protective wall for all of us, and without applying its provisions faithfully and honestly; we will lose what remains of each other’s respect, and consequently the world’s respect for us. 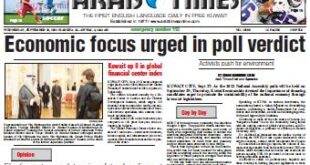 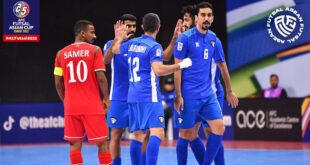 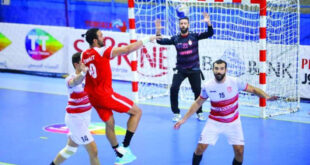