THE recently-resigned Cabinet will not be missed by the majority of Kuwaitis. Today, the ball is in the court of the National Assembly Speaker, who has to convey to the political leadership the specific unambiguous aspirations of the people, which is to have a prime minister who is capable of handling the affairs of the executive authority.

The expected prime minister should be backed by a team of ministers who are not only competent, but also have strong personalities, and are capable of taking decisions that the country is desperately in need of under the sensitive circumstances that the resigned government has pushed us to.

After two years of presence in the premiership, the resigned Prime Minister proved his inability to take decisions. According to what most ministers said, he isolated himself from them as if he was a temporary head of a government, despite Kuwait facing an economic and financial decline that it has never witnessed before, as well as an unprecedented increase in the crime rate.

On the surface, there are flawed social behaviors. All this is due to the lack of proper handling of many files, because the government’s goal had been to play safe with minimal losses on a personal level, even if the cost to the public interest was high.

What Kuwaitis witnessed in the past few days, after the release of some of the prisoners included in the amnesty and the conversations that took place in those receptions of defiance of the state, as well as the defense of some political figures about the Hezbollah cell and the attributing of its collection of funds to religious references, does not bode well at all.

Tomorrow the Muslim Brotherhood Group will respond to its supreme leader, and the tribes will submit to their tribal reference. This would definitely lead to chaos, and weaken the state and the rule of institutions, especially when there is no firm executive authority that implements the law and does not fear anyone.

Unfortunately, this is what was allowed by a government that could be regarded as just a glamorous facade that was concealing great devastation.

We reiterate this over and over again, with utmost respect towards the integrity of His Highness Sheikh Sabah Al-Khaled which did not translate firmly into the decision-making. His ministerial staff committed mistakes that undoubtedly cost and will cost Kuwait a lot in terms of security and policies, and of course economy and society, which in turn increases the complexity of the crisis.

Repeatedly, the argument of the government and its prime minister has been that the National Assembly is responsible for paralyzing the country.

The truth is that it was the government that sought to obstruct, because it was led by a game of parliamentary blocs that blackmailed it, and it succumbed to it. It made several deals to pass bills that it considered as self-serving as well as serving the MPs. It did not impose important laws that would serve the needs of Kuwaitis.

That is why when the National Assembly Speaker conveys to the political leadership the popular aspirations for a strong prime minister and decision-maker, and ministers who can bear the responsibility well and are not afraid of a question from here and a wave of interrogation from there, then it is possible to talk about a balance between the legislative and executive powers. Every side would then prove its ability to serve the country and its people. 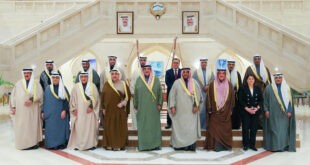 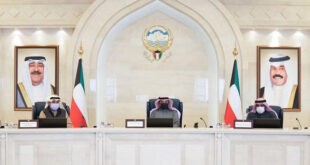 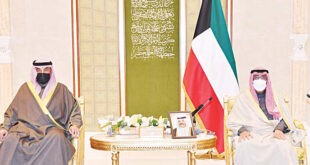 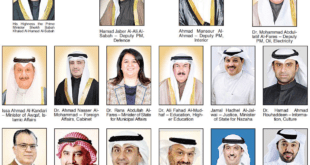 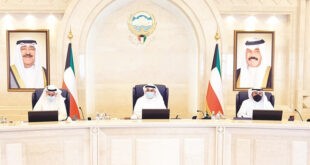