When will Iran’s Mullah regime realize the enormity of Khomeini’s disastrous legacy?

HAVE Iranians ever asked about the real causes of their incessant crises and why the majority of them are drowning in poverty and a class not exceeding five percent of the population is enjoying their country’s resources?

Did they wonder why the country is filled with religious dictators hiding under the guise of spiritual leaders to put themselves at the same level with the Prophets and the pious? How did Iran fall to the lowest scientific, cultural and industrial backwardness with global isolation to the extent that an Iranian is deemed a suspect wherever he is sighted?

It appears that the usurpers of state resources and governance are not interested in obtaining medicine to cure this chronic disease in order to exit the deteriorating situation of the country, while they face thousands of protesters who are demonstrating against the government after hunger and disease sensitized them. Destitution became the profession of millions of Iranians before they could make ends meet on a daily basis.

There is no doubt that the answer, which the Mullah regime leadership is turning their face from is scary, because it is the plain truth they have been trying to cover since 1979 when Khomeini rode the French-US- British horse to power. He bore in his mind the language of revenge and bitterness as the sole address for a country that was once a fountain of culture and civilization. He took the country to the era of darkness supported by some societies in the region with their zeal of instinct honed in the minds of headstrong sectarian groups.

The suffering of Iran today is due to the cumbersome legacy of Khomeini sustained by his successors and the terrorist Mullah regime, which started an eight-year war with Iraq in reaction to Baghdad’s response to Shah’s request when he was expelled from its territories. This was followed by hostility against Kuwait when it refused to accommodate him, which resulted in his return to Iran where he began to kill and execute most of the officials publicly to avoid sharing the government with anybody.

The preliminary bloodbath witnessed the execution of about 250 senior officials within two months while the first president of the republic Seyyed Abolhassan Banisadr did not escape when he disagreed with him on viewpoints and ended up in exile for fear of assassination.

This same legacy is what made the Iranian Intelligence follow Khomeini’s bitter policy against countries of the region such that its cells executed bombing and assassination acts in Kuwait, Saudi Arabia, Bahrain, UAE and Iraq, and later meddled in their internal affairs through the so-called Hezbollah.

The evil of Khomeini is not limited to politics as the man worked on fabricating the Shiite understanding of the meaning of loyalty to clerics. He makes it look like criticizing government officials especially loyalists of the clerics, amounts to waging war against God and His Holy Prophet. In order to deepen the crack in Islam, he created his intelligence to be offensive against the disciples and Aisha (May Allah be merciful with them) to fuel sectarian war between Sunni and Shia.

Wrong interpretation and terrorism in principle of the Shiite spiritual leaders has been translated in the unrest and demonstrations witnessed in Iran over the last four decades through the enforcement of banditry, and punishment meted out to political opponents. It started on a large scale in 1988, a year before the demise of Khomeini when he issued a decree to execute 30,000 opposition figures and members of the Mujahid Khalq Organization, followed by a series of executions and incarcerations in jails, the last of which is the ongoing demonstration that has claimed 1,300 lives and roughly 15,000 arrested.

Everybody in the region and across the globe understands that Iranian regime lacks political reality in relation to regional and global issues. That is why it has been clashing with the international community for almost four decades, as it hardly comes out of a crisis before entering into a more complex one.

If Khomeini and his successor, Khamenei, had translated their slogans against Israel into reality with proof of its genuineness, they would have saved the region the catastrophe being experienced as a result of the disillusioned control attitude of the regime’s spiritual leadership.

For this reason, nobody in the region will believe dry statements issued by the officials of Mullah regime, which nearly depicts Iran as being in the best economic, political and security condition, locally and externally. It claims to be a super power competing with the United States, China and Russia in the global leadership, and not a forsaken country wallowing in a multitude of economic and living standard problems.

There is no doubt that the empty threats issued by officials of the regime, last of which was from the Revolutionary Guard Commander, are mere wishful thinking that have no bearing with the reality. Those the “regional enemies” call wanderers (referring to the Arabian Gulf countries) are now forces to be reckon with, while the United States, France and Britain that made the regime are capable of ending it whenever they so wish. For this reason, there is no choice than to face the reality and allow logic to prevail over the suffering of Iranians and do away with the Don Quixote plot guiding their actions.

This regime whose leadership see citizens go through starvation and disease, without the simplest life sustenance, did not hesitate to build a mausoleum for Khomeini to the tune of about $1billion over 30 years ago, while millions are spent to maintain it every year. Does this regime have the ability to develop a country like Iran? 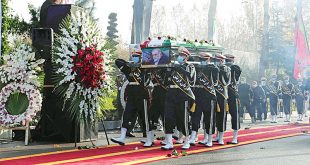 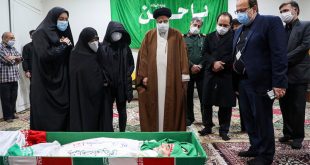 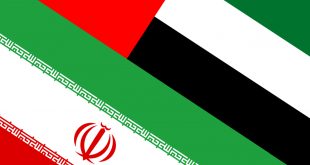