“THE State of Kuwait and the entire world lost one of the historical personalities – the world rarely produces – in His Highness Sheikh Sabah Al-Ahmad, the Leader of Humanity, the Amir of the Diplomacy and the pioneer of the non-alignment who worked throughout his life to found a new method in the realm of international relations,” columnist Sattam Ahmad Al-Jarallah wrote for Al-Seyassah daily.

“The great march of the great leader will be incorporated into the curricula of the political sciences of many universities throughout the world. We presume this march will constitute the basis of curricula at the Kuwaiti universities for the coming decades. It will also constitute the salient feature of future Kuwaiti relations with the international community.

“We confess the loss of the leader is big and painful but it should motivate all Kuwaitis to work under the wise and the sophisticated leadership of His Highness the Amir Sheikh Nawaf Al-Ahmad to consecrate the State of Kuwait as an International Centre for Humanitarian Action in addition to transforming the country into an International Financial and Commercial Hub in deference to the desire of great late Sheikh Sabah Al-Ahmad, we pray to Almighty Allah to bestow his mercy upon him.

“We say this because the vision of the late Amir reflected the vision of the future based on realistic signs. His march shall remain inevitable as the world strives to build major partnerships and this means if any country fails to keep abreast with the changing platter of the world, particularly those who look at a country like the State of Kuwait in terms significant strategic position that enjoys respectful balance in relations at the international level must refrain from contributing to these partnerships, to prevent from falling apart in general and economically in particular.

“As a matter of fact, His Highness the Amir Sheikh Nawaf Al-Ahmad, has to a large extent contributed to the birth of the new vision. Based on his position as the Honest Crown Prince, he has worked to consecrate necessary measures in the area of renaissance.

“Consequently, the major projects of the State of Kuwait shall constitute the basis for his method of governance and the valid laws will strike a balance that shall govern different works. Given the above, every Kuwaiti on this basis, should work hand in hand to perform his/her duties.

“Certainly, the reign of His Highness the Amir Sheikh Nawaf Al-Ahmad is the reign of hope, action and exerting every possible effort and national giving, particularly since we know that His Highness throughout the past decades has worked through in this spirit whatever the positions he has held.

“We must rise to the occasion to accept the big challenges which His Highness talked about during the oath-taking ceremony in the National Assembly and overcome these challenges through the spirit of national unity and solidarity and consecrate our allegiance to His Highness through work and loyalty for the State of Kuwait through obedience and discipline.” 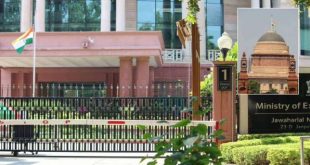