‘Wasted food’ could feed the world three times over

■ Food wasted in the Europe and the US alone could feed everyone in the world three times over.

■ Th e food wasted in the US accounts for 25% of country’s water usage.

According to the Food and Agriculture Organization of the United Nations, every year one-third of all food grown in the world goes to waste. the price of this disturbing trend is a staggering $3 trillion.

In the United States alone, close to 50% of all produce is thrown away, which when taken together with other food products, corresponds to ‘one third of all foodstuff s’. Officials estimate that up to 50% of the food produced around the world never even makes it to people’s dinner tables.

In the meantime, every day, 815 million people – one in nine – go to sleep on an empty stomach. Furthermore, it is estimated that every ten seconds, a person dies of hunger or hunger-related causes. In Syria, close to 8.7 million people are food insecure, meaning they don’t have reliable access to affordable and nutritious food.

However, this painful problem doesn’t seem to stop mind-boggling waste taking place in other parts of the world. For example, in a viral video, more than half of perfectly edible fresh bananas are thrown away at an Australian farm because they don’t fit the size or shape specifics of supermarkets.

Similarly, up to 87% of tomatoes –also entirely edible and undamaged- in a Queensland farm are rejected and wasted, simply because their appearance is not good enough. this waste gains another disturbing aspect as new videos of hunger-related desperation emerges from Syria. One cannot help but recall the children in Syria trying to eat bread crumbs off the street. the devastating consequences and implications of food waste do not end there. the problem has so many layers and causes so much harm that it is difficult to estimate the actual damage.

For instance, such waste increases water usage, which is something our world cannot aff ord to lose. According to studies, the water used to grow these wasted produce could sustain nine million people every day. Furthermore the greenhouse gas emission caused by these ultimately wasted food products accounts for 10% of the total emissions. There is also the issue of unnecessary use of the world’s valuable agricultural lands.

According to studies, 30% of the world’s agricultural lands are used to grow produce that is never going to be eaten. The wasted food also takes up lots of landfill space, which is problematic considering that we already generate far too much garbage and have little place to put it. Food waste takes place due to a combination of reasons.

The most obvious one is when people throw away food they no longer want. But in many parts of the world, the problem is caused by lack of organizational skills. For instance in SouthAsia, half of the cauliflower is wasted because there is not enough refrigeration facilities, or sometimes tomatoes are not packed properly, causing them to get squished and wasted. When such organizational problems take place on a large scale, the resulting food wastage skyrockets and reaches unacceptable levels. the truthis, we can produce more than enough food to feed everyone in our world.

However, a combination of various factors such as indifference or lack of organizational skills or efficiency contributes to waste, which in turn starts a chain reaction of devastating outcomes. thank God, there are signs of improvement. People are becoming more and more aware of the problem and every day; new individuals, new business and new countries are joining in the fight against waste.

For instance, retailers in France are urged to donate their still-safe food if it is at risk of being thrown out. Many markets in Turkey, Denmark and the UK have begun to sell their still-safe food close to its expiration date at significantly discounted prices. Many other businesses have begun to donate the food that is otherwise going to be thrown out. Similarly, lawmakers in the European Union are working on plans designed to reduce food wastage by 50% by 2030. Indeed, there are many steps that can be taken on individual or government levels.

For example, it would be very easy for municipalities to set up social media apps to collect food that can be donated. Houses, restaurants and retailers could inform municipalities of the food they want to donate and municipalities could thus collect large amounts of safe and clean food on a daily basis. there would be use even for the food that no longer has aesthetic integrity for human consumption; this food could be collected in a similar manner and then used to feed stray animals and those in animal shelters. In other words, if there is will, there is certainly a way.

Our world is already struggling with many problems. there are already so many people suffering due to wars, conflicts, and violence. Let’s not add waste to our list of problems. And the next time when we want to throw out some perfectly edible food, let’s remember those two Syrian boys trying bravely to eat breadcrumbs off the street without complaining even once. 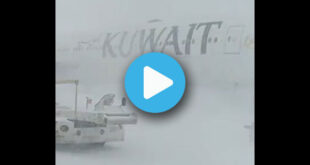 Kuwait Airways Boeing B777 stranded at Istanbul Airport due to snowstorm 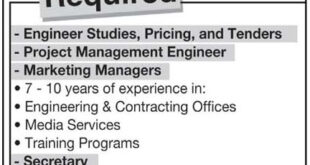 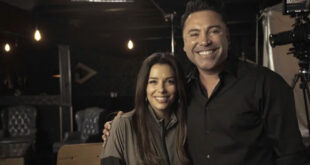 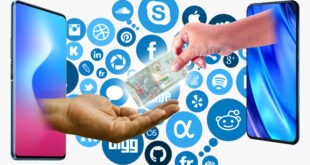 KUWAIT CITY, Jan 24: The decree of the Civil Service Commission (CSC) regarding appointment to …