The delusions of Faiq & courtesy of Ammar

Last September through an article I replied to Faiq Al-Sheikh Ali, the Iraqi MP, that Al-Qassim, Buraidah, Unaizah, Kuwait, Riyadh, Najd, Al-Ahsa, Al Qatif and even Qatar were affiliated with Basra 140 years ago.

This nonsense was supposed to have been ignored or rather forgotten, after it became clear that the speaker does not even know the difference between Riyadh, Buraidah and Najd, and that he is imbued, like many Iraqis, with fanaticism and baseless illusions.

However, for the sake of history, we should not remain silent. Yesterday, Faiq Al-Sheikh Ali returned with new fallacies with Kuwait TV introducer Ammar Taqi in the Black Box program, especially when he put the blame on the Gulf states for the Iran-Iraq war, Kuwait and Saudi Arabia in particular, and it is Kuwait which was behind the pain and sorrow of the bereaved widows and orphans because it was Kuwait and the Gulf states, which asked Iraq to protect them from Khomeini and to fight Iran on their behalf — what they should have done themselves to fight Iran according to his claim — and the role of Iraq, the wealthiest, would be to fund that war, and this means Saddam was not interested in waging a war on Iran had it not been for the latter’s desire to devour the Gulf states, and this is a dangerous falsification in history.

I don’t know why a politician like Faiq insists on ignoring the facts. No one can deny the logistical facilities that Kuwait provided to Iraq, loans that were never recovered, and huge financial donations.

This was done through explicit hinting and threats, internal and external pressure, and from an Arab or national perspective, or whatever you like to name it.

I do not think many people were feeling sad, especially in the early days of the eight-year war over the involvement of the two states in a fierce war.

Neither Iraq nor Iran, before and after the revolution looked with sympathy and kindness at the Gulf states, and this is what Faiq indicated in his interview with Ammar in a crude mockery of the lizard eaters, ignoring the fact that a war would inevitably erupt between Iraq and Iran, and for reasons related to the chemical relationship between the leaders of the two countries. They both did not trust each other’s intentions.

Khomeini also had a lot of hatred in his heart for Saddam who insulted him and expelled him from Iraq. Saddam was suspicious of Khomeini’s intentions, especially after the escalation of the bombings in Iraq, so he had to strike at Iran and occupy it sensing its weakness.

The obsessions and celebrations of Saddam waging war on the infidel Persians at the beginning of the eight-year war received tremendous support from all factions of Iraqis especially when he scored quick victories in the early days of the war.

Then the Iraqi military advancement stopped and the Iranian resistance began to strengthen and the Iraqi withdrawals continued, and tens of thousands or even millions were dead or wounded on both sides and the cities on both sides were destroyed.

It became clear that Iraq could not continue the war and stop the Iranian advancement without Western logistical support and Gulf money. The Gulf states knew that it was much better for them to pay.

In short, Kuwait in particular was neither behind the outbreak of the war between the two countries nor what sparked it. Rather, it was the third loser in this war. It was also not a party to the Anfal war and the displacement of the inhabitants of Ahwaz and the killing of the people of Anbar, and this is what Faiq and his ilk should know.

We hope that the guests of the program will not be the likes of Abu Ghazaleh and Abdel Bari Atwan. 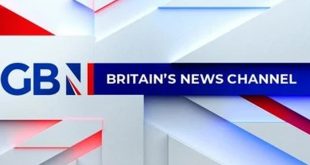 ‘CSC not responsible for salaries of public sector’ 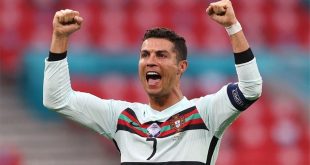 BUDAPEST, Hungary, June 15, (AP): Cristiano Ronaldo set the record for most goals at the …