THROUGHOUT eternity, philosophers have always described proper governance of states to be synonymous with strong leadership.

From Singapore under the leadership of Lee Kuan Yew, and before that the United States of America – this great empire went through a series of presidents who left a mark in history, starting with George Washington to Abraham Lincoln, Roosevelt, Harry Truman, and others who established a state of creativity based on clear scientific standards – and other countries where state figures worked with diligence and determination to develop their societies.

Based on the premises, one can look at the approach taken by King Salman bin Abdulaziz and his Crown Prince Muhammad bin Salman, who transformed Saudi Arabia from being a country on the brink of bankruptcy to be one that is on the verge of economic advancement.

They managed to put an end to corruption, which used to consume a large proportion of public money either through projects that were overpriced, favoritism in passing transactions, or procrastination.

The corrupt were able to accumulate wealth that they would not have been able to obtain if they were working under the watchful eye of strict control, and did not encroach on public property, and seized land. And there wouldn’t be about 400 private aircrafts, which are more like flying palaces, and most of which were acquired through looting.

Today, the deficit in Saudi’s budget has shrinked by huge proportions, removing it from the economic bottleneck, and improving its economic and financial stability.

Given that corruption is the equivalent to extremism, the leadership worked to address the effects of the brainwashing process practiced by the “Brotherhood” group, which sought to control the joints of institutions by favoring the corrupt for decades.

Throughout this time, this group has been perpetuating obscurantism and extremism, and even made it a social behavior, to such an extent that Saudi Arabia became like an island isolated from the world, after everything in it was prohibited and women were even vilified for their gender.

Today, Saudi Arabia is in the era of openness… they occupy 36 percent of the labor market, after the unemployment rate in their ranks reached 95 percent.

The entire region is aware that any weakness in the Kingdom’s capabilities will negatively affect the entire region, not only economically, but also in defense and national security aspects.

The Kingdom of Saudi Arabia is a great power, and it bears a double responsibility of defending all the countries of the Gulf Cooperation Council.

If it had entered the tunnel of bankruptcy, then the GCC would not have been able to confront the Iranian interference in Bahrain, and perhaps Kuwait would have become a snack for Iraq.

Also, the Kingdom wouldn’t have been able to thwart the plans of the sectarian fifth column to implement the Iranian expansionist agenda, or stop, along with the Arab coalition, the process of gradual gnawing of Yemen practiced by the Houthi terrorist group, and perhaps we would all be subject to the Iranian-Turkish approach.

The extremists who hijacked Islam made sons kill their father and mother, slaughter their brothers, attack innocents, and commit horrific and horrible crimes.

They also made the judge’s whims stronger than laws and regulations; they turned innocent joy into sin; they denounced domestic tourism, which led Saudis to spend their vacations abroad where they spend about $100 billion annually.

However, the image has completely changed in less than four years, and Saudi Arabia has begun to regain its true identity. It has made great strides in progress, which led its citizens to breathe a sigh of relief after bold decisions were taken, which can be described as revolutionary socially and administratively.

According to what Prince Mohammed bin Salman said during the opening session of the Shura Council, Saudi Arabia has today become one of the top ten countries in dealing with the economic consequences of the COVID-19 pandemic in the G20.

Despite the pandemic, no economically surgical measures have been taken. Salaries have not been cut by 30 percent as was previously expected by observers, nor has there been any spike in the unemployment rate to highest levels.

This is how countries are governed by decision-makers whose hands do not quiver. They do not hesitate in making decisions. This is what the Kingdom of Saudi Arabia has become, thanks to the new spirit pumping in its Kingdom veins. 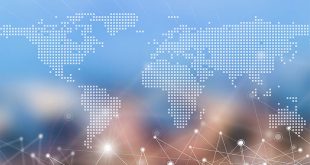 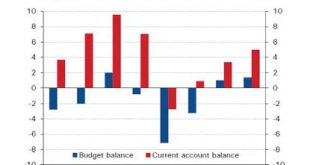