Fifteen years ago, Sheikh Salem Al-Ali Al-Sabah donated one hundred million dinars to pay off citizens’ debts, and this generous initiative was preceded by donations before and after it, and I wrote at the time that these donations would have had a more comprehensive and sustainable benefit if they had been placed in an investment fund, and their profits were spent for decades after that on charity work.

What I mentioned at the time applies today to hundreds of millions of dinars that will be disbursed to retirees, whose value will melt completely in the hands of the majority of those who will receive it, and some of them will be able, as MP Adnan Abdel Samad wished, to eat Zubaidi, after the National Assembly approved yesterday that the Public Institution for Social Security pay 3,000 dinars for each retiree, provided that the government begins to pay its debts to the Institution which is approximately 18 billion dinars, according to the figures of MP Hisham Al-Saleh, on the basis of 500 million dinars annually, and this will greatly reduce the burden of disbursing the grant from the shoulders of the Institution.

Nevertheless, this behavior should not prevent the stakeholder from challenging this law before the Constitutional Court.

Since this procedure will cost no less than 20,000 dinars, including 5,000 dinars paid as bail to the court, which has the right to confiscate it in the event of failure of the appeal, it is difficult for me to go through the case alone, and I am not interested in other than defending the interest of my children participating in the institution.

Therefore, I invite everyone who has an interest in challenging this law, whether they work in the government or private sectors, to contact me or send an email to this address habibi.enta1@gmail.com to express desire to participate in filing the lawsuit.

We return to the issue of the grant, and we say that the adoption of its law clearly demonstrated the humility of the capabilities of our legislators, and I do not blame the retiree, who is eager to receive the money, if he fails to think in a rational manner about how to spend it.

If the legislator thought about the retirees’ interest, in a neutral manner, free of political whims and toying with emotions, he would have proceeded to hand over the grant amount of approximately 500 million dinars to a number of banks to invest them in a prudent manner and distribute the returns on investment to the participating retirees and their heirs, year after year, and forever. But the wisdom asks, since when did our people think in this logical way?

In this regard, the well-known businessman, Najeeb Hamad Musaed Al-Saleh, tweeted, commenting on the approval that the basis of the 500 million that will be disbursed is from the money paid by the non-retirees to the PIFSS in order to be saved and invested on their behalf to benefit them upon retirement, so the non-retiree deserves it because it was deducted from his salaries.

Unfortunately, the legislator does not care about these matters and does not think with this logic.

Note: In my capacity as the president of the “Kuwait Human Friendship Society”, I would like to thank everyone who called and offered to donate the full amount of the retirees grant to the Society and the first of them was the distinguished engineer Sabah Al-Rayyes.

O leadership … Is Kuwait the sick man of the Gulf? 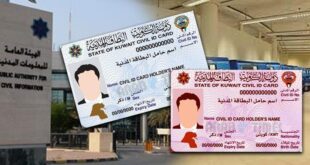 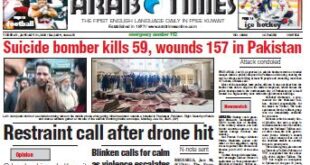 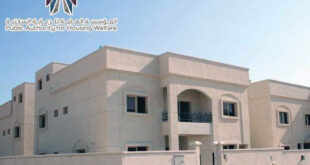