Scholar, activist and preacher Ayed al-Qarni appeared on television to apologize for the positions he took, the opinions he made, and the fatwas issued by him during his period of activity within the Awakening (Sahwa) Movement.

The Awakening began in the 1980s, after the events of Juhayman (The storming of the Makkah mosque by Juhayman Al-Utaybi and his fellow rebels in November 1979) and it was said at that time that it was to invite people to wake up from their deep slumber, but the extremist ideology of the movement caused enormous human, material and social tragedies and losses, rather than wars and disagreements between nations and societies and even brothers.

Al-Qarni, Nasser al-Omar and Salman al-Oudah, before al-Moghamsi, al-Arifi and dozens joined the movement, were among its most prominent advocates, and achieved a great public and popular success.

The movement has ended or faded after many of the members lost their future and after several countries classified the movement as the biggest sponsor of terrorism. The apology of those who contributed to the ignition of the fires, damaging souls and minds and emptying the pockets does not benefit us here.

They are only tools in the hands of those who use them and if they turn on the ideas of the awakening today, they will adopt others tomorrow because the masses that follow them are like herds following the shepherds.

For them whoever was infidel, Zionist and Christian yesterday, is an intimate leader today. The whole people need to wake up from a long nap and come out of a deep coma. I have had the honor of confronting this trend and stripping its leaders relentlessly from day one.

My opposition caused me many problems which I often faced alone on the day when the current was at its peak and in control, and questioned our morals and honor. The positions of the other liberals were not less than mine if not more powerful and important.

We go back and say that there is no value to any of these confessions let’s say apologies of preachers. As they turned today on the former positions, they will take the U-turn in the present simply because their ability to evade is matchless.

The Gulf states and many others such as Pakistan, Iraq, Syria, Egypt, Libya, Afghanistan, Indonesia, Bangladesh and dozens of other societies, have paid an unimaginable price, and today’s apology will not bring anything back to the former. We have become backward and it is over.

What is important now is to take advantage of the lessons we have learned from history and to learn from that experience so as not to be repeated again. The reasons for the emergence or return of the so-called awakening are still there and it only needs no more than the emergence of Abu Bakr Baghdadi here and Bin Laden there, support for Omar al-Bashir here and Al-Nathir (terrorist organization) there.

These lessons cannot be learned without a radical and real change of curricula. This must be accompanied by a genuine media campaign from the pulpits of mosques to uproot extremist ideology from the minds and hearts of millions of young people which have been polluted through years of advocacy without giving them opportunities for sound thinking.

In the same context, the media man Ahmad Al-Fadhli made an interview a while ago with the Muslim Brotherhood member Tarek Suwaidan who unequivocally and unambiguously denied any contact between the members and Saddam during the occupation of Kuwait, and that the latter did not offer them the rule of Kuwait.

In another interview with Brotherhood member Mubarak Al-Duwailah, he responded to the same question unequivocally and said they had contacts with Saddam and that he had offered them the rule. Who do we believe? 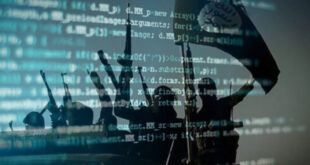 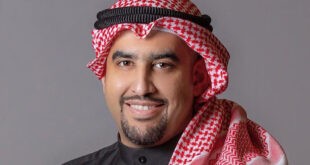