DESPITE the crisis caused by the coronavirus pandemic and the measures taken by the government to address it, it was a revealing crisis, and put us face to face with many hidden problems,” columnist Dr. Hamad Mohammad Al-Matar wrote for Al-Qabas daily.

However, these problems are topped by the population structure and the defect caused by it to such an extent the people in the country have realized that the leniency shown by the successive governments face this problem and the lack of plans to solve it has led Kuwait to a real impasse which is revealed during this crisis, whether in terms of dealing with large numbers of marginal labor, or in terms of dealing with the countries to which this employment belong to, especially those countries that have a large number of them.

Everyone is aware of the dangers of the demographic imbalance in Kuwait, and the security and economic threat because of these large numbers of workers which Kuwait does not need, as well as pressures on the infrastructure and services, such as electricity, water and other services.

During this crisis there were hidden problems, the most important of which was the presence of a large number of workers in some areas as a result of the chaos in their housing to the extent that some of these areas became endemic and out of control, and the large number of violators of residence laws showed up, who are believed to be in thousands, after the Ministry of Interior issued an amnesty for the violators to leave the country without paying fines and even paid for their travel to their countries.

However, the surprising fact was that some of the countries surprised us all by refusing or procrastinating in receiving their citizens, which put the government agencies in trouble, and the large numbers of these violators caused riots and damage to public property.

The sane person extracts lessons from crises and turns them into opportunities to solve chronic problems, and if the Corona pandemic crisis is on the way to the end, God willing, the demographic problem will not be solved without a real government intention and will.

This has to begin with punishing human traffickers and double check on those who have permission to bring in labor, to ensure the need for labor has not been exaggerated to help human traffickers bring in marginal labor and throwing them on the streets.

Kuwait is the only country in the world that imports unemployment and is preoccupied with it — problems of harboring violators, the unemployed and the recent riots revealed the scale of the disaster and put the country’s prestige to the test.

We know the presence of large numbers of these workers in the country threatens its security and its future, and things may develop in the coming days, with unforeseen obstacles, which put the government in a real predicament, putting the name of Kuwait and its international reputation at stake. Catalyst: Corona crisis + opportunities and lessons = resolving the issue of demographics.” 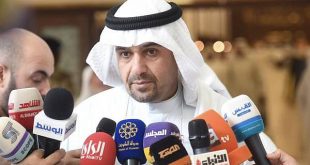