IT is clear that the current American-Russian confrontation over North Korea, Ukraine and Syria in reality represents the reemergence of the map of interests based on the balance of power of the Cold War prior to the fall of the Soviet Union.

This comes after Russia, under Putin, realized that there is no point in having excessive powers inherited from the Warsaw Pact when these powers do not result in any paramount economic interests in the world. Meanwhile, the USA, under its conviction to let go of the Middle East and turn to Asia, dominated its policies for the last eight years. They have now been convinced by the Trump administration, which will massively cost them their historic interests in the Middle East.

Naturally, the conflict on the edge of abyss continues in the region between the two major countries since six years ago. It is dominated by compromises, which have recently been emerging, based on which the lines of interests between the two countries are drawn.

The secondary parties that at some point had depended on the contradictions in the situation, especially those with expansionist projects such as the regime in Iran, will be the biggest losers after the dust of proxy wars settles. This is because they do not possess any dominant global field to maneuver, similar to the two major countries in conflict.

Everyone knows that the regime in Iran, over the past four decades, depended on the Cold War’s fluctuations and had attempted to establish local networks of influence in various countries. These networks came to be known as groups of “Hezbollah”, which operated on executing terrorist operations in order to carry out political blackmail under the theme of “export of revolution”

However, after it fell in the religious sectarian trap set up by those groups, especially after the defeat of the Soviet Union in Afghanistan, it quickly went on to use terrorist groups from other sects. It adopted al-Qaeda organization by providing secret support, protection and supplies. Today, with the fading of al-Qaeda’s influence, the role of “DAESH” has emerged as its new global terrorism tool.

Both the USA and Russia equally realize this fact. Therefore, if Moscow is currently showing flexibility concerning the presence of Iran in Syria, it is because Moscow is benefiting from it in its war with the USA. However, they will never allow Iranians to repeat the 9/11 crisis, even indirectly through al-Qaeda or DAESH.

They will not allow them to continue posing threats to their strategic interests in the Middle East, which was helped by the weak politics of the former American president Barrak Obama when he handed over Iraq to Iran as an enticement for it to let go of its nuclear ambition.

Amid the clamor, the Arab nations topped by Syria will be the ones to pay the massive price for what is transpiring in Syria. Those who are privy to the current nature of Syria on the ground would know the ability of Syrian people to live with the presence of Russia and even the USA on their ground more than that of Iran, Hezbollah and other sectarian factions.

Indeed, the current international scene appears grim, as though World War III is on the verge of occurring. However, under the pretext of the principle “desperate times call for desperate measures”, there is no doubt both Washington and Moscow know quite well that any direct confrontation between them will have dire consequences on both sides.

Therefore, the light at the end of the tunnel has started to emerge. The crisis seems to be nearing its end. Compromise especially in the Syrian file is fast approaching, after the crisis of 12 million refugees has become a heavy burden for the EU countries. The latter welcome any solution that will help in the return of the refugees to their homes so that they can participate in rebuilding their country.

In fact, these countries will work on contributing to those solutions and pay the costs, which will be easier than resettling millions of displaced people on their land.

In this race of interests between Russia and the USA, we may hear the echoes of broken utensils and screams of Iran’s peacock whose feathers are being plucked off from every side. 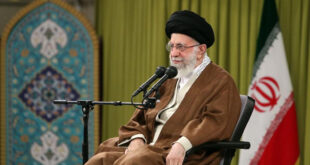 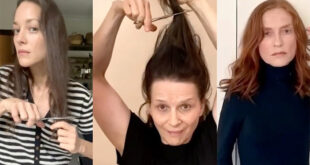