Lack of decision a disease that is killing Kuwait

KUWAIT is a state of procrastination par excellence because it suspends files that have not been resolved for decades and are still worsening.

It seems as though officials find the lack of advancement and progress pleasurable and enjoy seeing people in pain, due to which we do not see any serious measures being taken to address the issues concerning housing, Bedoun residents, revitalizing the economy, food security, and opening up the country, for it seems as though entering Kuwait is like entering the Garden of Eden.

Other issues include violations of the residency law, as well as deterioration of the education, health and infrastructure sectors, and island development. They should focus on making them long-term investment projects, which are part of the project to transform Kuwait into a global financial and commercial hub in 2035.

As for the cockfight between the National Assembly and the government that has been ongoing at the same pace for six decades, it is the peak of the problems. There seems to be nothing on the horizon that indicates the possibility of remedying this scourge that has affected all aspects of society’s life, and contributed to the suspension of the solutions of chronic issues, that is if intentions to do so exist.

Kuwait has been suffering from the Bedoun problem, which started with about ten thousand people, and has today reached more than one hundred thousand.

As for food security, this is another chronic problem. The housing issue continues to be the most complex issue because the intentions were never sincere to resolve this file, even though its solution is very easy, and does not cost the state any money.

Before discussing any matter, it must be emphasized that Kuwait has solvency and assets that qualify it to borrow more than a trillion dollars from global markets. Also, the local banks have assets worth about KD 80 billion.

The housing issue needs no more than KD 3 billion, which is the size of loans in the market. In its role, the state can open a line of credit with the local banks in return for those loans and the financial flows resulting from them. All that is needed is for the state to only provide land.

This line of accreditation will be the beginning of the establishment of modern residential cities where houses are proportional to the needs of every citizen, as if they were three models, each model at a certain price, which is what Saudi Arabia and the UAE did, and which did not cost a penny in this regard.

There is no doubt that this will lead to the movement of sectors related to construction, which will revive the national economy. In addition, the issue of strictness in loans can be reconsidered, which led to the restricting of funds of banks whose work is mainly based on selling money to reap profits from it. Such strictness has negatively impacted the economic movement.

In the past three years, the country lost many young energies that had started small and medium projects, but the restrictions imposed on them led them to move to neighboring countries where they found several facilities that encouraged them to invest and expand projects.

Here it must be emphasized that, when the decision-maker listens to a few reformed advisors, he will only hear from them what serves their own interests. However, when he seeks the help of honest experts, he will undoubtedly have a realistic vision, and he will be able to provide solutions that lead to the generalization of benefit to all, and that can absorb the growing popular resentment because of the failure to resolve the outstanding issues, which have become like diseases that could kill Kuwait. 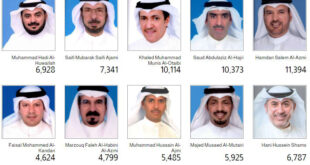 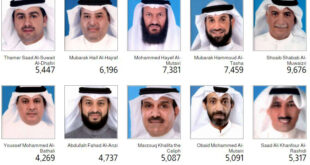 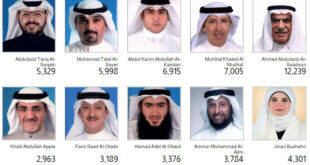 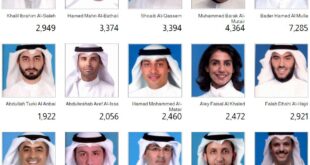 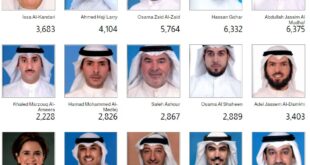 This post has been read 20951 times! KUWAIT, Sept 30: The electoral main committee in …