Activists widely circulated on social media an audio recording of the prominent Jordanian dissident and former deputy, Laith Shbeilat, in which he severely criticized the Muslim Brotherhood, though he is one of its leaders and founders. He said, “We are the criminal Islamists, God does not help you, and God does not help me with you, and how bad is the man who is with you.

On the other hand, Omar bin Hammad and Fatima al-Najjar, the two vice-presidents of the Islamic Unification and Reform Movement, (the Muslim Brotherhood) in Morocco, were convicted after they were caught in an indecent position (which they call to be ostracized throughout their preaching sermons) in a car in a public place!

Bin Hammad justified his relationship with Al-Najjar by saying that they were married, knowing that their Islamic movement forbids this civil marriage. He is also a 63-year-old member of the International Union of Muslim Scholars, married and father of seven children. Fatima Al-Najjar (62 years), is a widow and mother of six children and both of them delivered dozens of sermons calling for decency and chastity.

In Kuwait, more than one former representative of religious groups was implicated in moral issues, which were subsequently concluded with settlements and others, then one of these partisans comes to give us lessons in morals, and narrates a set of lies about secularism, tickling the feelings of the miserable mob, and how the secularists do not mind for a woman to make friendships and relationships with whoever she wants, regardless of the impact on her reputation and that of her family.

Another also accused the liberals and secularists of having a superficial view of women and they demanded that women be allowed to live in a hotel with a man without marriage and this is the height of rudeness of those who are not really ashamed.

He also mentioned that the secularists demanded the abolition of Islamic education from the teaching curricula, and this is another big and despicable lie that, according to my knowledge, no one has ever said it, nor have I read it or heard it from anyone.

And immorality reaches its climax when he describes the secularists that they see in women nothing but a means of pleasure.

In this regard, our colleague Ahmad Taqsha wrote an article in the Al-Shahed newspaper in which he said: Secularists consider women to be human beings and full citizens who are still lacking rights and they want her to be a thinker, scientist, worker, politician, artist and athlete who work without gender discrimination.

They see her free will, as they are two correlative traits that are expelled and not inversely proportional. The larger the second, the stronger and entrenched the first. There is no free man without a free woman and the struggle for freedom does not mean its misuse at all, as the Islamists falsely claim.

Secularists are real fighters for women’s attainment of all their rights and equality. To let her mind, genius, talents and abilities go as far as she can to shine, while the Islamists want her as a slave and they are far from these values because they consider women’s freedom ‘liberation from religion’ and this is a lie.

The time has come to expose the wickedness of those who belong to religious parties and who hide behind the robes of faith. 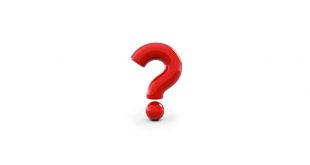 This post has been read 13125 times! KUWAIT CITY, Nov 15: The public security officers …