We thank God that we lived in a clean and bright time, when one did not apply for candidacy to the National Assembly membership and when only illustrious social, political and professional personalities who were successful in their work and known in the community were appointed as ministers.

Let us be surprised by the recent pledges of presenting minorities and young people of this society to the membership of our nation’s assembly such that the recent governments increased their number by reappointing the young, nobodies and unsuccessful in their ministerial history.  This is done by appointing people with blue blood (according to Kuwaiti standards) and those who are supported by some backward tribes, importing their customs and traditions from their home countries to our homeland that is afflicted with their likes!

I do not want to give an example or the names of these people, because I rise above that; but I would like to convey to the esteemed reader my joy – the joy and happiness of thousands over our older brother Ahmed Al-Saadoun’s nomination of himself in the assembly of Zaatit, musical chairs and other manifestations of utter failure which led us to the last rank among our dear brothers in the Gulf Cooperation Council countries, after all their ideals were considered stubbornness!!

For example, it suffices for now that we obtain the last rank in terms of the asphalt on our streets, which none of the new ministers has paid attention to for decades.  Personally, I pass through the street opposite the Ministry of Information, which is led by one of the ministers of Information and Enlightenment or Darkness – there is no difference – who was re-appointed in the ‘six-day government’.

Although I have a driver and I sit in the back seat that could compete with the seats in homes and those allotted for guests, I feel pain in my stomach because of the bumps we do not see.  I feel our streets are still in the 1960s …

This is a simple example, but it is felt by everyone who frequents the streets of Kuwait – from its senior executives, legislative and supervisory officials to the simplest Asian who drives a taxi and motorcyclists who deliver food from restaurants.  They have become our competition on our worn-out streets.

This is the most short-lived government in the history of Kuwait.  It lasted only six days.  It is said that its formation will be reconsidered with the people who constitute it failing to manage a ‘grocery’ for a long time. Therefore, we hope that the criteria of competence, experience and reputation will prevail; instead of the parachute and blue blood appointments!!

Share
Previous Verifying of Expats Driving Licenses begins in Hawally and Mubarak Al Kabeer
Next Why the fuss, why? 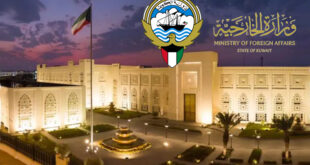 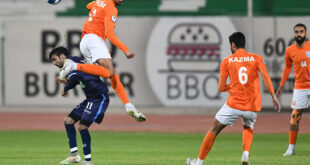 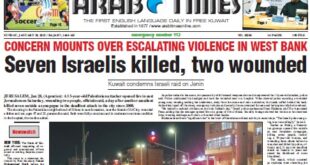 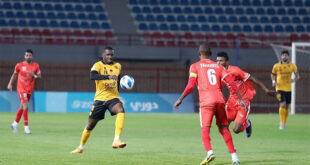 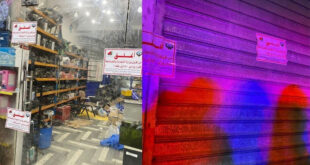