Pollution is an extraordinary increase in the amount of materials in their gaseous, liquid, or solid forms, or any form of energy, such as sound, thermal, and radioactive activities in the environment. Pollution is in water, air and soil, and there is light and noise pollution.

Due to the lack of laws, and the power of the authorities behind pollution and governmental administrative corruption, it is difficult to eliminate some sources of pollution, but some of the other sources need only activation of an administrative decision.

How can we live with millions of damaged vehicle tires spread over vast areas in our desert which have been lying there for years and the government incapable of finding a solution to this problem although we have the Environment Protection Authority (EPA) to look after such issues and other institutions concerned with hygiene and health related issues which cost the state huge sums of money annually?

How can the presence of all toxic and harmful material on our shores and in our marine and underground waters be explained? The endless questions need answers and the reason is due to negligence or ignorance, and more often than not corruption.

Among the sources of pollution that can be controlled with little effort are those related to noise, such as the noise of all kinds of loudspeakers, especially from mosques in residential areas, and the noise that we hear from four-wheelers and motorcycles especially at late night hours which causes inconveniences to many who retire in their homes for a good night’s rest. Moreover, such phenomenon has negative effects on productivity and health.

Major-General Jamal Al-Sayegh, Assistant Undersecretary of the Ministry of Interior previously issued a decree banning the use of cars and motorcycles with mechanical additions that emit annoying thunderous sounds by reckless youngsters.

However, the decision did not reap benefits due to the lack of seriousness on the part of the Ministry of Commerce to control the import noise-producing equipment that are installed on car exhausts which create thunderous sounds which sometimes rattle the window panes and deafens the ears of residents.

The matter is in the hands of the Ministry of Commerce to issue a decision (or perhaps just activate the existing one) that will prevent the import of these harmful or rather ridiculous materials. This can be done by raiding stores in Shuwaikh and confiscating these materials.

The General Traffic Department must impound vehicles which violate the law and Major-General Al-Sayegh, and the Ministry of Interior in cooperation with Ministry of Commerce must activate the decision to prevent the use of all noise-causing materials and stop their import. We hope that the semi-dormant Environment Public Authority will play its role in this vital issue.

Since traffic forces cannot be found everywhere, it is necessary for citizens and residents to participate in combating this absurd and harmful phenomenon and to limit other violations, by photographing them and sending the video or pictures to the General Traffic Department, complaints and violations section (WhatsApp No. 40929932) and the complaint handled confidentially.

Please everyone should interact with the matter and promptly report any violations. 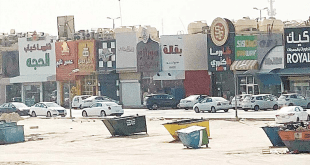 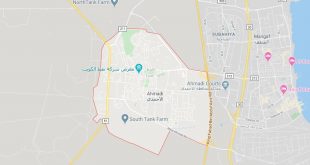 KUWAIT CITY, June 9: Kuwait City is the sixth most polluted capital in the world …