IS KUWAIT suffering from a crisis of entity? This question comes to mind when we talk about the effects of economic meltdown in the world on our country — particularly in the face of certain malpractices of our lawmakers at a time when we are required to control frivolous activities that ‘empty’ our Treasury.

This behavior does not help in building a productive society or even protect the minimum level of luxury which the country has offered to the citizen.

Apparently, the citizen has not come to terms with reality that the homeland is not a dairy cow which can be milked until the udders run dry and then look for another ‘cow’ to milk it. The citizen has yet to learn the meaning of true belongingness to the society and the homeland.

It is obvious the citizen is never fed up asking for more and more benefits because the list is long and never ending.

Moreover, the ministers and MPs who are planning to run for next parliamentary elections are unfortunately following the same trend to satisfy the taste of the citizens.

To add insult to injury, they sometimes even invent demands for the citizens whether they are related to power or water consumption. Take for example the recent proposal which calls for providing monthly compensation for citizens to offset the lifting of subsidy on petrol.

Moreover, all proposals which have been submitted by the MPs to contain the crisis have resulted from the decline in prices of oil but are tinted with electoral interests.

Take for example the file of overseas medical treatment which has become a blight of corruption instead of being a resource for rescuing people’s lives.

Those in charge of this file have failed to protect the public money on one hand and develop healthcare for the citizens on the other. None of the MPs have submitted a worthy proposal to correct the defect in the general economic performance.

A Kuwaiti is probably the only citizen in the world who receives social assistance from his country in addition to unemployment benefits effortlessly, because in most cases the job offers have been turned down.

Add to this the marriage loan which he receives from the State and a loan to build the house – loans without interest payable in very humble installments. Moreover, he is also eligible for subsidized foodstuffs and free medical care and education.

Add to this the catastrophe at workplace because according to reports and studies a citizen puts a maximum of 23 minutes work per day. This means a Kuwaiti employee is the highest paid in the world given the rate of productivity.

In other words, he is paid KD 2 for each minute he spends in office if we take into account the minimum salary of KD 1,200 a month paid to a Kuwaiti.

Unfortunately, corruption spreads in most government institutions including ministries whether in the form of bribe, commission or through delaying people’s transactions.

In spite of this, the demands of these employees keep increasing. They call on the government to ‘write off’ their electricity and water bills although they are the only citizens in the world who do not pay either direct or indirect taxes.

In this context, I always remember what former US President the late John F. Kennedy said to his countrymen, “My fellow citizens, ask not what your country can do for you but ask what you can do for the country.’

We ask the Kuwaitis what they have done to the country in return for all the benefits they have received.

Everybody understands the level of faith and commitment His Highness the Amir has towards democracy and its principles. He always makes sure he plays his role very well. He is also very transparent about the problems that the country faces and works day and night to solve the problems and break down the barriers.

His Highness the Amir was the first person to ring the alarm concerning the need for all institutions to solve the country’s financial crisis, starting with his diwan by issuing a directive to reduce its budget.

What did the National Assembly do in this regard? Didn’t any pro-government lawmakers reach a compromise about supporting the recommendation on electricity tariff in return for oil contracts? Were there no others who compromised on the overseas medical treatment or other benefits? Did the government play its role of presenting the comprehensive work plan to rescue the economic situation?

During the inauguration of the current parliamentary term, His Highness the Amir cautioned about the dangers of excessive consumption in the society and “unnecessary governmental expenditures on useless matters at the expense of the development of human beings who can add the real values and basic support for the stability, growth and development of the country”.

What happened in the past six months? Did the real work begin for fixing the flaws related to the consumption trend that is strengthened by activities of the parliament and government throughout the past decades?

This was particularly highlighted when interpellations were used as a tool for blackmailing ministers instead of correcting the lapses in their performances. In addition, frivolous parliamentary speeches were destroying the values upon which the Kuwaiti environment was built. Can such a parliamentary-ministerial situation produce serious solutions to the economic crisis threatening the society?

Efforts of His Highness the Amir to solve the problems facing the country should be replicated by honest patriotic parliamentary and ministerial members. The lawmakers should not be consumed by their passion for electoral loyalty to initiate more unrealistic bills. The ministers should be jittery when they are grilled. The government should not succumb to parliamentary blackmail for passing draft laws.

Everybody is expected to be highly responsible in facing crisis, as the repercussions of the latter will reflect on the future of Kuwait for decades to come. They should eliminate bureaucracy precipitated by opportunism that has reached the level of brazenness at certain points. This could be in the form of demonstrations carried out to sustain an ailing elected system that can only produce sectional, sectarian and tribal tumors, destroy institutions and impede development. It could also take the shape of bribery with allowances, increments, grants and bonuses to control syndicates, nongovernmental organizations and production sectors of the country.

Either support Kuwait by working on actualizing progressive developmental vision based on the plans laid down by His Highness the Amir or give way to those who are capable of serving their country with the ability to answer the Kennedy question — “What did you do for the country”. Then everybody will be able to answer the question — “Is there an identity crisis in Kuwait?”. 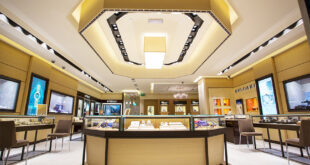 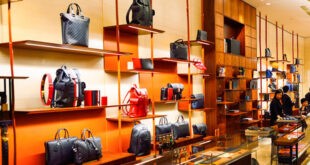 This post has been read 9936 times! WHAT transpired during the National Assembly’s Speakership election …