“THERE is no distance in love; those who love one another always meet in thoughts, even if one is in the East and the other is in the West,” Egyptian poet Mostafa Saadeq Al-Rafe’ie (1880-1937).

The core principles of freedom lie on the basis that its main pillar is ‘responsible freedom,’ as there is no freedom without responsibility; or else, humans and other creatures will be the same.  This is due to the fact that freedom is a characteristic of human mind which demonstrates and manifests itself in human actions as far as freedom is concerned.

Sometimes I observe and notice, and others notice too in bewilderment, the presenting question on freedom and the answer; and as long as every question has an answer.

Freedom that comes by force without limitation of the expert’s pen will continue to be under the shadow until someone demands for its appearance. However, those who are playing blind continue to be stupid and deny reality in a manner that is irrational and unacceptable.

Why the fear?  Even a small boy on the street knows we only have one life; hence, a little self-awareness could be beneficial.  The world is still good and its joyousness is up for grabs with its captivating natural phenomena which are always there regardless of the situation.

Enjoy your life and keep on smiling.  Be a positive factor because there is no room for pessimism—it has departed to an unknown destination.  When it comes to life, always be ready for surprises, so keep on smiling.

Many of the ups and downs of life sometimes come in circles with a bright flash at the end of gloominess, which is a signal for those who dream and embrace life with gratification and open heart.

Undoubtedly, the meaning of a poem lies inside the poet.  As Arab poet Khaled Al-Faisal once said, “Your appearance has glittered the gloominess.”  I decided to change it to, “Your course has illuminated life.”   Both instill optimism and glamour after tough and gloomy times.

Do you still dream of freedom?  Interestingly, I have yet to understand what is meant by freedom, although, we can settle on, “meaning of a poem lies inside the poet.”

Share
Previous It is our choice!
Next ‘Loveless’ mysterious and terrifying – ‘Ismael’s Ghosts’ unintentionally comedic melodrama 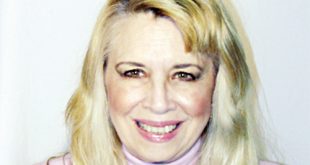