THE outcome, or rather the reconciliation achieved at the 41st Gulf Cooperation Council Summit in Al-Ula city in the Kingdom of Saudi Arabia, undoubtedly opened a new page of relations among the GCC member states despite the extent of woes and stances witnessed throughout the crisis.

The revival of diplomatic relations is a natural and necessary step that crowns the coordination and cooperation in pursuit of the first goal of the Gulf Cooperation Council Charter, which is “to achieve coordination, integration and interdependence among the member states in all aspects, and its unity.”

Indeed, this crisis must turn into a lesson, and we should all work towards preventing anything that will contaminate this relationship. We must also exert every effort to eliminate the stains of the crisis on the popular mood.

The GCC nationals lost a lot during the last three and half years of the crisis due to the disruption of joint projects. If those projects had continued at the same pace, we would have been seeing their  benefits across the Gulf economy, especially with the escalation of the global crisis.

There are those who went overboard during the crisis in terms of hostility. Some believed that boycotting Qatar would put it in a tight or rather difficult situation.

However, the truth be told, the State of Qatar managed to navigate and sail through the crisis with astonishing ease, as it managed to establish an industrial and agricultural system that could currently support the Gulf economy, something that the GCC states are in need of in light of the current sensitive global and regional conditions.

Undoubtedly, these pressing conditions need an entity that is self-sufficient in food in order to reduce its dependence on abroad, in addition to the necessity to complete the Gulf railway project, electrical connectivity, and opening markets among the six countries.

Perhaps everyone today should admit that they were victims of the invisible hands that worked to destabilize the GCC entity as a preamble for tearing it asunder, at a time when electronic flies and yellow journalism played a major role in widening the gap between all the parties.

In a natural sense, the historical relations among the members of the entity have always been based on permanent dialogue, even if there were disagreements in viewpoints. Despite the severity, no issue should reach a breakpoint, but we must instead uphold the principle that no issue should override friendship ties.

Unlike how a Twitter message might sever the GCC relations among its members, the media of the European and Western countries launched campaigns against the GCC countries, either collectively or individually, but at the end of the day, diplomatic ties remain intact.

Despite the harshness of these campaigns, neither did any of our countries withdraw their ambassador from any country, nor did any relations get severed, not with the United States, Canada, the United Kingdom, Germany, and France.

In fact, some of these countries harbor fugitives and terrorist political groups, such as the Muslim Brotherhood Group, and even grant them freedom of speech and action.

This attitude towards others makes us wonder – Why not implement the same attitude among ourselves, and resort to dialogue between brothers instead of boycotting, closing borders and withdrawing ambassadors?

Achieving the first goal of the charter of our Gulf system requires everyone to transcend the trivialities and work towards achieving it, so that the name “Gulf Cooperation Council” is apt. 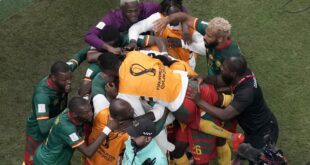 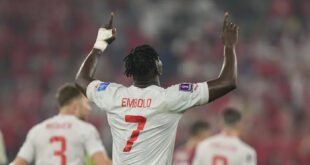 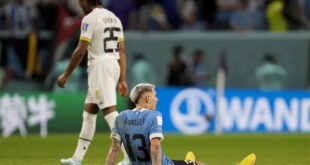 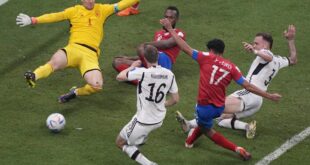 Japan advances to round of 16, beats Spain 2-1 at World Cup 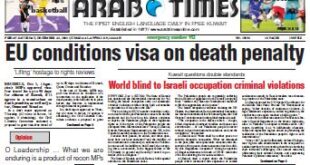