Colleague Al-Duaij wrote an article a few days ago in which he stated that what is currently being circulated under the name ‘Kuwait Document’ in his opinion is rhetorical wishes and desires that did not present programs and proposals similarly like those of the so-called political forces, which were neither new nor useful.

Everyone supports and agrees with what is contained in the document but we want to first know what the problem is, what the obstacles are, and how to remove them. Our problem, which is ignored by those who claim to have knowledge, is not political. There is no dispute, disturbances, demands or calls for comprehensive change, and the situation is stable.

Therefore, our current basic problem is firstly social and economic secondly, we need to build and establish and build the citizen who has been corrupted by the rentier state, and it is he, who must be ‘reformed’ and changed, so to speak, and not the state or the government.

Al-Duaij called for changing the mentality and psyche of such type of citizens, after which he, and not the politicians, will take over the process of change and draw up the reform document, and he is the one who will determine and walk on the right path.

The state allowed tribal elders to be called ‘Amirs’ and gave a them a patient ear and accepted their mediation. Consequently, a large portion of the citizens felt that their protection is in their tribe and sect, especially after the state, represented by the government complicated processing their transactions and rejected the just ones and gave mediation (wasta) utmost importance, mis-selecting the leaders, appointing the loser to the highest positions, and distributing gifts according to its desires, so a majority was pushed to seek the help of the tribal elderly, the representative of the sect, or the deputy to beg the ‘minister’ to fulfill their just and often unjust demands.

The citizen, whose thought has been shaped by government schools over the past 70 years, is brought up as the son of the rentier state, which is the ‘mama’ – the donor – and all he or she has to do is eat, drink and sleep, and provisions will come knocking at the doorsteps. A citizen is spoiled and his life ruined after the government lifted social responsibility, and refused to impose taxes (moral).

Education has been sabotaged before the hearing and sight of the government by the forces of backwardness, and thus one of the most important pillars of building the modern state was neglected, either intentionally or ignorantly, so how can we not hold successive governments responsible for this?

If we see failure in a citizen – one less loyal to his country and its political system, and another worst in his electoral practice, then these citizens are the product of a government that failed to make them something better, although I doubt it has taken the initiative to do something at all.

When Henry VIII changed his religion and became Protestant from a Catholic, the entire English people changed their religion with the King, without pressure from anyone.

I have never hidden my appreciation and admiration for the person, positions, and writings of the great colleague Abdul Latif Al-Duaij, and the situation is as it was, thirty years ago. 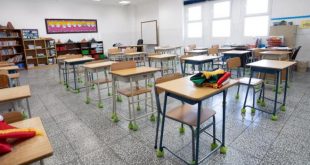