Angela is a woman and a wife and does not complain of any male symptoms. She is full of femininity and is proud of that. She fears, like most women, many things such as dogs and mice. Despite she was born to a pastor, she grew up in a radical political atmosphere in East Germany in 1954, under Communist rule, and followed her father’s Protestant religion, despite being a member of secular youth organizations. She mastered the Russian language and mathematics, studied physics, and obtained a Doctorate in chemistry, and she has many research papers.

Shortly before the fall of the Berlin Wall, she subsequently saw the unification of Germany, Angela worked hard persistently and became a Member of Parliament (Bundestag) in 1990. She was successful six times in the federal elections. In 1994 she became the Federal Minister for Women and Youth in the Chancellor Helmut Kohl’s Ministry, and her political life did not stop developing for the better.

In 2000 she became the first woman, I repeat a woman, the leader of a major German party of hundreds of men under her command and in one of the world’s greatest prestigious and economic countries, respectful and strong.

Angela strengthened her position through economic and social reform plans, more supportive of the European Union, and sought to change the German labor law, remove barriers to layoffs and increase the permissible number of working hours per week, and got rid of laws that limited the ability of the German economy to compete, because companies cannot easily control labor costs when business is slow.

In November 2005, Angela, or Mrs. Merkel became ‘All-German’ Chancellor, and the leader of 80 million people, including 40 million men. This did not carp Germany, but, under her leadership, to this day, Germany is the best country in everything. This woman enjoyed good relations with American presidents and President Putin and she set a record for attending eleven world summits.

The New York Times described Angela as “the last defender of the liberal West” and “the leader of the free world”, and she is a female, and no country or other leaders carp.

In 1977 Angela married physics student Ulrich Merkel, from whom she took the family name. The marriage ended in divorce and she remarried professor of quantum physics, Joachim Sauer. She had no children from both experiences, but the sober German “Der Spiegel” described her as the mother of Germany. This woman topped Forbes magazine’s list of the 100 most powerful women for the years 2006, 2007, 2008, 2009, 2011, 2012, 2013, 2014, 2015 and 2016. She was also named by Statesman magazine in 2010 the 50 most influential figures in the world, and she was awarded the highest titles, honors and honorary doctorates from the most prestigious scientific bodies.

As for this woman – how worse our view of women is – is the one who opened the borders of her country to more than a million Arab refugees fleeing our male countries, and gave them safety, warmth and nationality, which we all failed to provide.

Is this wonderful biography of a great head of state not enough in everything, and tens of thousands of other examples, for many of our backward people to change their view of women, and that she is already fully qualified to be a mother, wife, sister, leader and head of state?

Egypt’s Nasser … the veil and the IICO 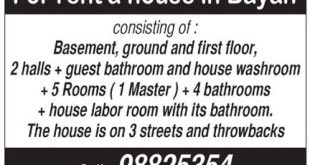 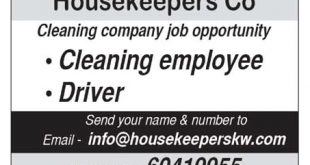 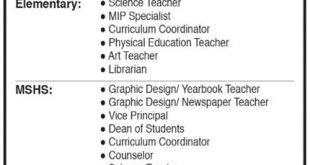 KUWAIT, March 6: Kuwait’s Ministry of Health is looking into exempting people who took a …