FOR 47 years, the Kingdom of Bahrain has been charting the course of a country with the ability to perform an economic and investment role which is bigger than its size. This is due to the fact that the country depends on its long heritage of opening itself to others, as well as dialogue and persistence to put national matters above every ambition and interest.

Thus, since its independence in 1971, Bahrain has become the tower of financial exchange in the Arab world through offshore banks despite enduring several challenges. If it were another country, it would have been living in isolation and endless crises.

In 1971, this beautiful island took a decisive step concerning its destiny. It happened when the leaders of Iran at the time openly demanded for annexation of Bahrain. Bahraini wisdom prevailed in overcoming the challenge at a time there was no indication of good neighborhood principle in the Iranian leadership.

Bahrain put this issue in its agenda in the United Nations. It decided to hold national referendum immediately after detaching itself from the English colonial rule to focus on dealing with major political and military predicaments.

The Bahrainis refused to be annexed to Iran through their votes. The voting result was outstanding as it had never been witnessed in other countries. In spite of all the inconveniences, Manama was not trapped under the grim atmosphere of the crisis. Instead, it immediately embarked on social and economic development efforts which continue till date.

Iran persisted in its greed over Bahrain. Khomeini’s regime inherited this greed from its predecessor, particularly its impertinence and arrogance based on the notion of ‘exporting revolution’ and by regarding Bahrain as the weakest link in the Gulf organization, let alone depending on a small group of operatives who sold their patriotism for a couple of dollars.

Despite this, Iran once again slammed the national unity consensus under the rule of Al Khalifa — a rule which has been continuing for 243 years characterized by harmonious relations between the ruler and the ruled, and openness to others. This enabled Bahrain to perform a historic role in the region.

Throughout its history, the Bahraini heritage has been interpreted in a series of laws aimed at transforming the country into a major investment hub. It started with freedom of ownership for non-Bahrainis, banks and strategic port for goods between the Gulf Cooperation Council (GCC) member countries — especially the Kingdom of Saudi Arabia and the United Arab Emirates (UAE).

It later formed an economic base with Kuwait and Dubai; thereby, interpreting unity between communities through the economic role exchange.

Undoubtedly, this role irritates the greedy; hence, some Arabs are drooling over illusions bigger than their abilities that helped the Mullah regime in instigating sectarian tension and chaos with the hope of weakening the country.  Eventually, they wished to put Bahrain under the claws of the Persian expansionism scheme and get rid of its competitive role in the economy and investment.

Definitely, these people are oblivious to the fact that King Hamad bin Essa Al Khalifa built a fortress. Through this vision, they realized that the best way towards national fortification starts in democracy. This was made possible through the national covenant which the King declared and then accepted by all social sectors in Bahrain.

This was followed by the revival of parliamentary life based on freedom to choose representatives and polishing the role of the national press, which formed the first line of defense in confronting the evil plans laid down for Bahrain.

Given that King Hamad, Prime Minister Prince Khalifa bin Salman and Crown Prince Salman bin Hamad are working in accordance with a firm development strategy to actualize the ‘Bahrain 2030’ vision, many steps were taken towards modernization of the State, for it to join the ranks of advanced countries.

This is in terms of the public sector monitoring institutions, while the private sector takes up the role of service institutions. This means more development and progress towards a modern State on par with the current world we are living in.

Today, after 47 years of independence and despite the inconveniences that this country faced due to the political and security challenges posed by Iran through its terrorism character, the country is growing once again. It is performing its pioneering role confidently and firmly as it managed to come out of the tunnel of crisis stronger. 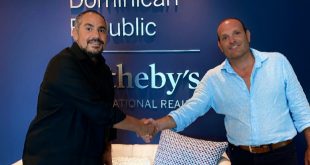