Appeal to HH the Deputy Amir

One of the causes of the devastation of societies and the overthrow of states is the appointment of relatives to high positions. We recently saw how the Turkish President Erdogan appointed his son-in-law, Berat Albayrak as Minister of Finance, and his lack of experience caused the Turkish lira to lose 45% of its value.

The picture of a letter was circulated in the social media in which a minister’s request was approved for the services of an advisor in the field of legal advice with a reward of 1,000 dinars.

We are not against appointing the advisor in any party, and this article is not to underestimate the capabilities of the appointee, but we make the following remarks on the decision and the authority that issued the letter, which previously requested all government agencies to stop all appointments and transfers in jobs, until the end of the elections and the formation of the new government.

First: The decision is considered funny, in addition to being contrary to the simplest principles. To our knowledge the minister who requested approval for the appointment of advisor has a wide legal background and extensive experience. Is it sensible to seek the service of a person who is less in experience and understanding of the laws?

Second: There is a high possibility that the minister will not return to the same position, so why use the services of an advisor for just one month, for example, so no one can guarantee that the next minister will continue to seek the assistance of the same advisor.

Third: The Fatwa and Legislation Department is the legal arm of the government, and the body that is consulted in all matters, why was the minister not satisfied with that?

Fourth: What happened recently to complete the meeting and approve the request to appoint the consultant, especially since the request was made 170 days ago? Why now? Why during the period of ban on appointments?

Lawyer Bassam Al-Asousi says in his article in Al-Qabas, Friday issue: ‘There are people who must be kept in special places, just as those with infectious diseases are isolated from others so that the epidemic does not spread among members of society.

They are those who fight corruption, but are themselves drowned in this sea; they talk about virtue but practice vice, they eat, drink and breathe in the name of religion but are perverts in their behavior, dealings and activities.

They believe that what they take from the state is a gain, intelligence, cleverness and legal, they sport beards and wear short clothes, but for some, all of this is a decoration to increase their wealth and increase their assets.

They commit a conspiracy against religion, society and people, and they try to convince us, through religious movements, political societies, meetings in satellite channels and the press, that they are the guardians of true religion and protectors of morals.

We believe, with all humility, that the appointment process – if it is correct – includes an explicit violation of norms, rules and regulations, and accordingly we wish His Highness the Crown Prince, in whom we have only been firmly entrusted, to make one contact in which he stops the enforcement of this offensive decision, so that others learn a lesson.

All loyal and loving people of this country are very eager to hear a firm decision for our tired souls to feel reassured. 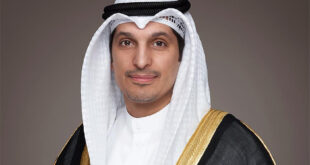 Government decisions: Flotation for the PM or a paramount wish? 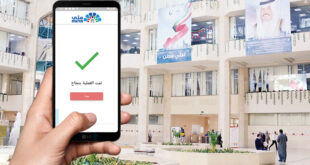 A drop of reform, then torrent: This is how nations rise when they get wise leadership

When will God free us from our decisions?!

Decisions applicable to some people only!

This post has been read 11724 times! The selective decisions of the young minister – …