KUWAIT has entered the cycle of negative credit rating, and the mentality that manages the sensitive economic-financial file is still unconcerned about the disturbing consequences that the coming days can bring to the country and its people.

It seems as though the government is living on planet Mars and waiting for the National Assembly to offer her sparrow milk. At the same time, the MPs have mastered only the art of political blackmail, which suggests that the government is barren and the Parliament is sterile. Therefore, both will not produce any solution, which is what makes matters worse.

Since the beginning of last year, warnings of declining sovereign rating started to emerge. However, the previous and current governments neither took any step for rescue nor listened to the voices of those concerned in this regard, even though opportunities to improve the situation and increase sovereign assets, both abroad and internally, came up more than once.

Regrettably, what happened was unfortunately more like someone pushing a snowball from the top of a slope to the bottom. The Parliament rejected the Public Debt Law, while the government, which bears the responsibility collectively, could have passed it through a decree of necessity on one hand, and increased its investment in shares and real estates in various countries of the world, as their value dropped at the beginning of COVID-19 crisis, on the other hand.

Yes, it was possible to do that months ago without fearing the opinions of the non-experts under the pretext that they would accuse the government of supporting traders, for example, if it bought shares in Kuwaiti banks or companies listed on the stock exchange, even though those are owned by about 500,000 Kuwaitis, and not by dozens of traders.

It was also able to obtain more than $90 billion, which it currently needs to adjust the balance of expenditures and reduce the budget deficit, as many countries – both neighboring or distant – have done.

However, upon the advice of their experts who often provide for their personal interests over any other interest, it deliberately threw the ball in the court of the lawmakers. This means it has abandoned its role as an executive authority whose main task is to manage the economy, security and society, and avoid being negligent in any of these tasks. Also, it should not subjugate the country’s fate out of fear of a minister being questioned or for defending him in deals made at the expense of the public interest.

There is no doubt that what has happened is the sole responsibility of the government – from the Prime Minister to the last minister. The solution is not in the formation of a supreme committee to deal with the problem of negative credit rating. This is not because such committees are the cemeteries of cases only, but because this means licking the coolant, increasing pressure on banks and the private sector in general as well as raising the value of debt externally and internally, and bringing about further economic downturn, which has almost reached the point of strangling Kuwait.

His Highness the Prime Minister, in response to his interrogators, said the government spent about KD 500 million on health needs without referring to the National Assembly, even though this amount, according to many reliable sources, is actually about KD 1.5 billion.

Because of this, we wish to ask – “If the government can spend this amount without seeking the opinion of the Parliament, why did it not secure the other sums in the same way?”

When the late Amir Sheikh Jaber Al-Ahmad – May Allah have mercy on him – was the head of the government, he used to seek the help of the most important international experts in crises, either concerning the climate market problem or after the global financial crisis and its impacts on Kuwait in 1987, and others. These global experts were neutral and not connected to any local interests due to which their remedies succeeded and mitigated the effects of the crisis.

Of course, this did not happen with the current government, as it relied on experts who include those with no credit to their name other than their success in concluding a deal, and the illusion that he had become an expert “weave and sew”. The government listens to such an expert and considers his opinion but ends up in the current situation that we are in.

Despite all of the above, there is still an opportunity to address the situation, but with bold decisions and necessary decrees, which could be by passing the public debt law, economic stimulus, and other necessary legislations. Waiting for committee reports means more losses such that the government alone bears responsibility for its inaction and submission to parliamentary terrorism. 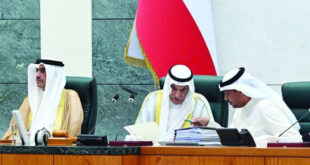 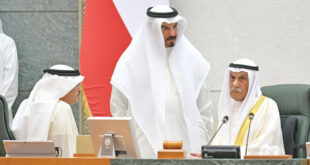 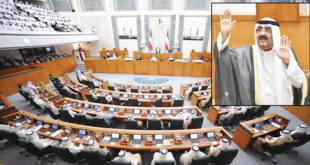