So that illusion doesn’t kill us

DOES the current situation in the world deserve all this hysteria? Undoubtedly, the coronavirus pandemic, which is taking toll on thousands of lives, needs us to be cautious and take preventive measures. However, it won’t be the end of the world.

In fact, the World Health Organization (WHO) had announced, “It is the first pandemic that can be contained”. In consideration of this, we therefore ought to get rid of the “COVID-19 phobia”, and work rationally on tackling this virus’ negative effects on the economy and societies.

In this regard, I recall a story about a Roman king who gave the title of the “first doctor” to the most skilled royal court’s doctors. However, the matter fell short of another doctor who went on to protest to the king about the issue, so the king asked him, “How can we know which one of you is better than the other?”

The “protester” said, “Each one of us should prepare a poisonous concoction and then each of us should drink what the other has made. Whoever heals himself will deserve the title of being the first doctor”. The king accepted the suggestion and so did the first doctor. Each of them embarked on making poison for the other to drink. However, the skilled one resorted to a trick that required him to knock on a water pot daily. Because his room was adjacent to the room of the other doctor, the “protester” could hear the sound of the water, making him fear about what his colleague was making.

Days later, the “protester” died. This prompted the king to ask the first doctor, “What kind of poison killed the man?” He replied, “I did not make any poison. I just gave him water, but fear and panic killed him”.

This is the current state of the world, as the pandemic continues to spread, sparking intense increase in panic, which reflects on the global economy, especially with the decline in oil prices.

In recent times, there have been many analyses about the decline in oil prices, but conspiracy theory is what dominates the reason behind such decline. However, the truth is that the collapse of oil prices is due to decrease in its demand because of suspension of hundreds of airlines, disruption of work in thousands of factories, and isolation of one third of the world’s population. All this has affected the global economy severely and caused great losses in the international stock exchanges, forcing many stock dealers rush in selling their shares, even at a low price.

We have to realize that this crisis is temporary; therefore, investors should not indulge the panic, because this will lead to a major economic downturn that will take years to overcome; and it will entail profound changes in all aspects of investment.

It is imperative for governments to develop plans for supporting local economies and pumping money into the markets in order to avoid further damages that will accrue to their economies.

Rather, the governments must now work on developing plans to diversify the sources of income and benefit from this experience on the basis of transforming the threat into opportunity.

The losses that were incurred in the past few months and the continued isolation of countries will deepen the crisis significantly.

What is happening today affirms that fear will keep people cautious and apprehensive for years to come; therefore this illusion of fear must not turn into the poison that kills us.

Coronavirus is neither the first nor the last of the pandemics to sweep across the world. Mankind has witnessed a lot in the past and has managed to overcome it and return to practicing normal life.

Share on:
WhatsApp
Share
Previous Philippine embassy are all set to assist Pinoy amnesty applicants
Next Overweight people at major risk of getting infected with corona 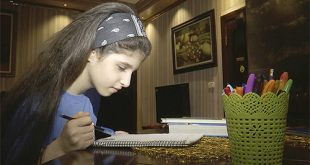 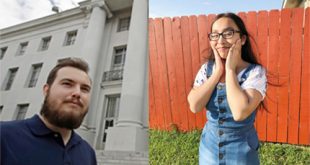 Our best together in a time of crisis

King Salman, blessed are your directives

Ahmed Al-Jarallah Editor-in-Chief, the Arab Times COVID-19 is not the first crisis that the Kingdom …