Your actions forbidden by all religions

The Ministry of Awqaf and Islamic Affairs, which is located in Munif Palace consisting of three huge green towers in Al-Raqi along the Fourth Ring Road, is concerned with Islamic religious affairs. Islamic religion and all religions, as well as good morals and human rights principles, call for the improvement of man for the benefit of his fellow men.

Religion is not about growing beards, shortening ‘dishdashas’ ​​or having a black spot on the face; it is about good morals, especially when dealing with our brothers in humanity.

The recent action taken by the Ministry of the Green Palace or Awqaf – if true – is shameful and painful. The ministry recently ended the assignment of 18 employees – majority of whom are Bedouns.  It removed these employees from the assignment clause.  According to the news, these employees expressed dissatisfaction over such a step, which was taken under these circumstances; especially since many of them are working on two assignments to cover their family needs and monthly obligations.  The incentive for each assignment is only KD 200.

Therefore, we address the responsible brothers in the Ministry of Awqaf who demanded for a large amount of public fund (KD600 million) from the rational government under the pretext that they exerted tremendous efforts, faced health dangers, and spent long hours on the front line of the fight against the corona pandemic!

Are these the behaviors that our most glorified religion urges us to do?!  We set aside hundreds of thousands of dinars for ourselves; yet we do not exert any tangible effort and we deprive the needy – mostly Bedouns and expatriates – of crumbs estimated at KD 200 per month.

We call on our honorable legislators, headed by the members of the Human Rights Committee in the National Assembly, to verify this matter and to hold responsible all those behind it if this is true; because these needy people were terminated by our hands.  We are responsible for them, particularly our brothers in humanity who have no nationality, among whom the suicide rate increased recently due to the failure to fulfill their wants and needs.

The unjust acts of the Ministry of the Three Green Towers (Awqaf) are not limited to our Bedoun brothers in the matter of allotting a sum of KD 200, because the Kuwaiti citizens were affected as well (according to what was published by our colleague in Al-Rai daily on June 2).  The news says that the list of Kuwaiti imams and muezzins has been kept in the velvet drawers of the ministry for years; although one of the projects of this ministry is to appoint nationals in the mosques and encourage them to work as official imams and muezzins, considering the number of Kuwaitis appointed in more than 1,700 has not exceeded 130!!

The projected salary scale for Kuwaiti preachers was not presented in their interest, as the aim is to fortify mosques and ensure social security through the Kuwaitization of this noble profession.

We say to the ministry – represented by its honorable Minister Issa Al-Kandari – that we do not feel better in Kuwait when we hear someone calling for the five daily prayers in the dialect of the country from which he came or in broken Arabic.  We would like the call for prayers and the Qur’an to be recited in good Arabic dialect. So, when will the dream of our citizens – our Kuwaiti muezzins and preachers – come true in your hands?!

Share
Previous ‘Know yours and others rights’
Next Destruction crows … Houthis, Hamas and ICM

The day Britain shamed us on the forefront of humanity 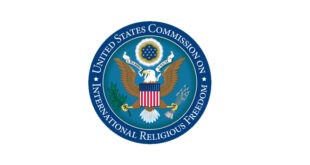 ‘Have mercy on workers’

This post has been read 27605 times! A Kuwaiti woman felt pity on an elderly …