NEW YORK (AP) – Claims promoted by the Trump administration that the global coronavirus pandemic originated at the Wuhan Institute of Virology in the central Chinese city are a “pure fabrication,” the institute’s director said. Wang Yanyi was quoted by state media Sunday as saying the institute did not have “any knowledge before that nor had we ever met, researched or kept the virus … We didn’t even know about the existence of the virus, so how could it be leaked from our lab when we didn’t have it?”
President Donald Trump and Secretary of State Mike Pompeo have repeatedly said they suspect the virus that was first detected in Wuhan was somehow released from the laboratory.

Most scientists say the pathogen that has infected 5.3 million and killed more than 342,000, according to a tally by Johns Hopkins University, was passed from bats to humans via an intermediary species likely sold at a wet market in Wuhan late last year.

The virus’ toll continued to ebb in Asia and other parts of the world, with China on Sunday reporting three new confirmed cases and just 79 people remaining in treatment for COVID-19.

The New York Times devoted Sunday’s entire front page to a long list of names of people who have died in the pandemic.
The names and brief descriptions culled from obituaries from around the country fill six columns under the headline “U.S. Deaths Near 100,000, an Incalculable Loss.” “They Were Not Simply Names on a List. They Were Us,” read the subheadline.

The U.S. is continuing a cautious state-by-state reopening.A pasta company in Spokane, Washington, announced there was an outbreak at its plant, while the Alaska Baseball League canceled its summer season. The five-team league is made up of college players from mostly the Lower 48 but also from places as far away as Taiwan.

Trump played golf at one of his courses Saturday during the Memorial Day weekend as he urged U.S. states to relax their lockdowns. Yet many Americans remained cautious as the number of confirmed cases nationwide passed 1.6 million.

In California, where many businesses and recreational activities are reopening, officials in Los Angeles County said they would maintain tight restrictions until July 4.

Statewide, New York reported its lowest number of daily coronavirus deaths – 84 – in many weeks in what Gov. Andrew Cuomo described as a critical benchmark. The daily death tally peaked at 799 on April 8.
Parts of New Orleans stirred to back life, with some restaurants and businesses opening for the first time in over two months. Some remained closed, especially in the French Quarter, which relies largely on tourist dollars.

Many governments are easing restrictions as they face a political backlash and historic economic recessions.

Turkey, which has recorded over 155,000 infections, imposed its toughest lockdown measures yet for the Eid al-Fitr holiday marking the end of Ramadan. Yemen’s Houthi rebels urged believers to use masks and stay inside, as authorities try to contain infections at a time usually marked by multigenerational feasting and collective prayer.

In Germany, which has drawn praise for its handling of the virus, seven people appear to have been infected at a restaurant in the northwest of the country. It would be the first such known case since restaurants started reopening two weeks ago.

And in Frankfurt, more than 40 people tested positive after a church service of the Evangelical Christian Baptist congregation May 10. A church leader said the congregation has canceled gatherings and is now holding services online.

Mindful of evangelical Christians who are key to his base ahead of November’s election, Trump on Friday called houses of worship “essential” and urged governors to let them reopen this weekend. However, leaders of many denominations said they plan to move gradually and cautiously.
France allowed in-person services to resume Saturday after a legal challenge to a ban on gatherings in places of worship.

One of the world’s major pilgrimage sites is reopening Sunday: the Church of the Holy Sepulcher in Jerusalem, built on the site where Christians believe Jesus was crucified, buried and resurrected.

Latin America is the latest epicenter of the virus, and experts note the limitations of government action in a region where millions have informal jobs and many police forces are unable to enforce restrictions.

Brazil and Mexico reported record numbers of infections and deaths almost daily this week, fueling criticism of their presidents for limited lockdowns. But infections also rose and intensive care units were swamped in Peru, Chile and Ecuador, all lauded for imposing early and aggressive business shutdowns and quarantines.

Concerns are rising in India, where new cases showed another record jump Saturday, topping 6,000 for a second consecutive day as a two-month lockdown has eased.

While some countries are facing a second wave of infections, badly hit Russia is still struggling with its first and reported more than 9,000 new cases Saturday. 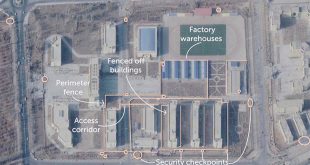 GENEVA, Jan 19, (AP): A panel of experts commissioned by the World Health Organization has …