ISTANBUL, May 23, (Agencies): His Highness the Amir Sheikh Sabah Al-Ahmad Al- Jaber Al-Sabah stressed on the importance of holding the first World Humanitarian Summit in the Turkish capital amid growing threats on human lives posed by wars, conflicts, and terrorism. “Conflicts and natural disasters have left many people homeless and doubled the numbers of refugees around the world,” said His Highness Sheikh Sabah in his opening speech to the meeting in Istanbul Monday.

According to recent international statistics, there are currently 60 million refugees and displaced people while there are also over 2.2 billion living below the poverty line, he added. This summit is an opportunity for the international community to unite in easing the suffering of these people, through ending conflicts and providing financial aid for better life conditions, His Highness noted.

Role
In this context, he touched on Kuwait’s prominent humanitarian role, saying that his country has contributed over $2 billion for the cause in the past fi ve years. His Highness added that “according to international statistics, Kuwait’s contributions were two times above the GDP rate agreed upon internationally.” Meanwhile, His Highness said that Kuwait also played a huge role in supporting Syrians living in severe conditions due to the ongoing war in their country.

Kuwait has held three donors conferences for Syria and also co-headed the fourth one in London. The country pledged around $1.6 billion for the Syrian refugees. Global leaders met in Istanbul on Monday to tackle a “broken” humanitarian system that has left 130 million people in need of aid, a near insurmountable task for a two-day summit that critics say risks achieving little. Billed as the first of its kind, the United Nations summit aims to develop a better response to what has called the worst humanitarian crisis since World War Two, mobilise more funds and agree to better care for displaced civilians.

UN Secretary-General Ban Ki-moon called on governments, businesses and aid groups to commit to halving the number of displaced civilians by 2030. “We need to improve more direct funding to local communities and fix the persistent humanitarian funding gap,” he said in a speech. “We are here to shape a different future,” he told the gathering of 150 countries including 57 heads of government. But that may be difficult to attain. The global aid agency Medecins sans Frontieres pulled out of the conference earlier this month saying it had lost hope the participants could address weaknesses in emergency response.

Critics say the global aid system has been overwhelmed by a proliferation of regional wars and failed states that have ballooned refugee numbers, and struggles with poor governance and corruption in recipient countries that consume some humanitarian funds before they can benefit those in need. Canada pledged $274 million in funding to UN agencies to help victims of natural disaster and armed conflict, with a focus on protecting women and children in war zones. “When we see hospitals being bombed, we have to say loud and clear this is unacceptable,” Canada’s minister of international development, Marie-Claude Bibeau, said. President Tayyip Erdogan of Turkey, which is saddled with around 3 million refugees from neighbouring Syria’s civil war, again accused the West of doing little to help Syrians. Erdogan has been among President Bashar al-Assad’s fiercest critics and sees his removal as essential to ending Syria’s war.

“The extent to which the international humanitarian system lies broken is alarming,” he wrote in an opinion piece published in Britain’s Guardian newspaper. “The international community in particular has largely ignored its responsibilities toward the Syrian people by turning a blind eye to Bashar al-Assad’s crimes against his own citizens.” Turkey has run up around $10 billion in costs in taking in the majority of Syrian refugees since 2011, and the West’s perceived futility in brokering a halt to Syria’s multi-factional conflict has long been a sore point for Erdogan. 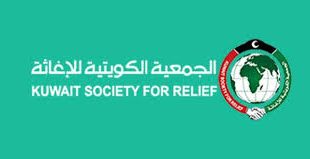 Plan to collect excess food from hotels, restaurants, event halls and distribute to those in needy laborers