SABAH Al-Ahmad is the wise Amir, as stated by Allah Almighty in His Glorious Book: “He gives wisdom to whom He wills, and whoever has been given wisdom has certainly been given much good. And none will remember except those of understanding.”

In this difficult situation, the statement of His Highness the Amir is appropriate, necessary, decisive and wise talk. Despite the look of fatigue on his face, he ensured putting a stop to the chaos that some people strived to cause, either due to ignorance or in an attempt to achieve a certain aspiration. Whatever the motive is, it is surely detrimental to Kuwait’s interest.

Today, all Kuwaitis are required to be obedient to the guardian whom we are telling with a sense of pride: “Dear sailor who has never been defeated in any difficult situation, May Allah Almighty keep you happy as you have channeled the safe destination for the ship. You are the pathfinder of Kuwaitis in facing challenges. Our most possible aspiration today is a strong government capable of expressing what it has done and doing for the good of this country.”

It is a kind of government in which ministers stay above selfishness without being attracted by the goodies of life and not moved by temporary interest. The position is not more important to them than their conscience, Constitution of the country, its security and stability. They should be fortified against scrupulosity instilled in their minds by lawmakers for electoral purposes or influential figures who consider Kuwait a mere milking cow that will be slaughtered when the content is dried up to sell its meat, bone and skin to gain more profits.

Kuwait wants a government that is truly a tool of governance … an executive authority which does not slack like the previous governments, one that will not be jittery over parliamentary questions or succumb to any signal of grilling by quickly agreeing to deals in the night at the expense of citizens, public funds and public interest.

The country yearns for a government that will execute the vision of the leader and act as his right hand in line with Article 52 of the Constitution, not a situation in which some ministers form partnership with certain lawmakers while converting ministries into windows for spreading corruption. The parliamentary game of interests has knocked down many ministers. The best example is the statement of former minister Jenan Bushehri upon the conclusion of her grilling. She said: “Unfortunately, companies and influential people are stronger than the truth in the National Assembly. I stand tall facing influential people and those who signed the no-confidence motion as I previously rejected their requests.”

Before hearing her reaction, some lawmakers were proudly saying they could bring down the woman and other ministers who prioritized Kuwait above their personal interests. This was the usual intrigue in the last stage when selfishness was the order of the day among lawmakers and ministers through which Kuwait missed some opportunities; starting with Dow Chemical and not ending with the northern oil wells, northern economic zone, Silk City, development of the islands and several other projects which made us regret today. Those who obstructed these projects made themselves heroes in front of the people through deception and lies claiming to be protecting public funds. This is the reason why we need formidable ministers to face the network of self-interests which destroyed everything in the country.

Great leaders feel the pains of their subjects and treat their injuries. This is the habit of the Amir and Kuwait has known him as such for ages. Therefore, the pledge of obedience by Kuwaitis today is because of the remarkable speeches of His Highness the Amir who expresses their mindsets, prescribes medication to deal with the crisis and serves as the watershed between two stages. 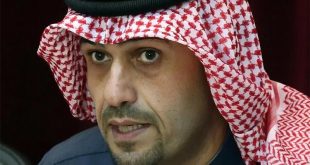 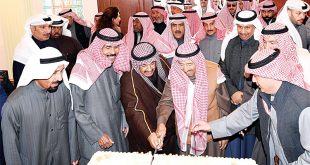 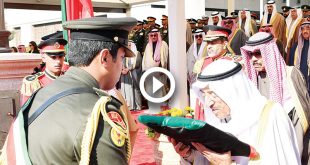