THE fourth government of His Highness the Prime Minister Sheikh Sabah Al-Khaled drowned in an inch of water one day before it won the confidence of the MPs.

Some of the MPs welcomed the new government by demanding the formation of a fact-finding committee regarding what happened recently in the country, as the rain-drenched roads proved the failure of the previous three governments in terms of reforms, at least in terms of improving the infrastructure in a bid to allow the government to restore and modernize it in light of the longest curfew in Kuwait’s history.

Irrespective of the case, the sinking of the country in the recent rain revealed what was hidden. It was the title of the book that no one needs to read anymore, given that its pages are full of evidence of the failure of the head of the Cabinet.

There is no doubt that His Highness the Prime Minister, who spent about six weeks looking for people to accept the ministerial appointment, realized early that he is popularly rejected. He also attempted to seek the assistance of the largest number of MPs to neutralize the bitter cups, especially after the scandal of the rain that flooded the country.

In the past two years, he would have re-read the words of the former minister of Public Works Jenan Boushahri in the parliament about the reason for her resignation.

The former minister had said, “Reform has become impossible. Companies have become stronger in the parliament”.

She said she did not face in her grilling “the nation’s MPs, but contractors and companies” to pay the price for standing with the truth, concluding by saying, “Indeed, I preserved the public money and honored my constitutional oath”.

The Prime Minister should realize that the MPs whose support he has sought are against him, and not for him.

On the other hand, the ministers, other than the MPs who have accepted to enter this government, are well aware that they will not last long. If there are deals that were made to appease them, there is no doubt that the prices are very high, and are at the expense of Kuwait.

What happened is a natural outcome of the failure to manage the economic file, and a natural endorsement of the corrupt.

If the three governments presided over by His Highness the Prime Minister led to this disaster, how can a government, which is doomed to face many minefields planted by its head, improve Kuwait’s credit rating, curb the wastage of the public money, fight corruption, or fix the social sabotage perpetrated by the MPs and ministers of the dark factions in the previous parliaments?

The time has come for His Highness the Prime Minister to be convinced that he is not up to the task of running a government that has many files that need to be dealt with quickly, as we see a parliamentary-governmental battlefield at the expense of the country and people. We are in need of competencies to rescue the country. They will not work with a prime minister who will cause the country to retreat and lag behind every country in the region.

Therefore, His Highness the Prime Minister should perhaps carefully read the words of Almighty Allah – “He will be taken by forelocks and feet…”

Kuwait is greater than all ambitions and people.

Indeed, it has become necessary to tell His Highness the Prime Minister to break even with himself, and not drag the country into new bitter experiences.

Enough is the suffering endured by the country during the terms of his three previous governments.

Share
Previous Sky Sports News off US television due to NBCSN shutdown
Next 2,246 Infected with COVID – 1 death 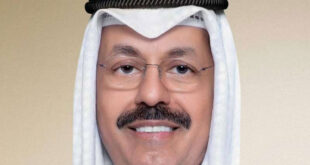 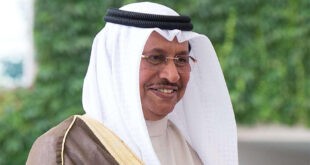 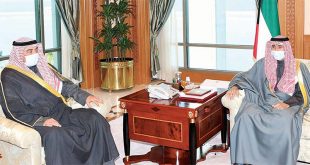 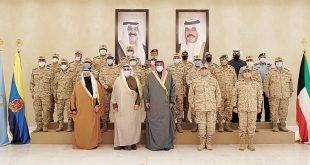 This post has been read 20182 times! Ahmed Al-Jarallah Editor-in-Chief, the Arab Times SOME lawmakers …