First of all, we must admit that we are not and have never been a democratic state in the strict sense of the word, but rather a state that enjoys a reasonable coexistence system between the people and the ruling family and without this system of coexistence, ruin is the final outcome. Some people may embrace this description while for others it may be naïve, but this is the reality.

At the peak of the events of the Arab Spring and the upheaval of general situation, the authority could have intervened to dissolve parliament, impose martial law, and place the undesirable elements behind bars, but none of this happened.

The authority addressed the situation with all wisdom and calmness and within the legal frameworks that were and are still available, and the result was that some won their rights through court verdicts and others did not. Then there are those who had to take a step backward and yet others ‘escape’ and seek refuge overseas for a while.

Consequently, we as a people have no choice but to accept this social contract that we have accepted for many years, albeit reluctantly, and which culminated in the 1962 Constitution, or rejecting this contract and burning the country, as others have done only to regret later their misdeeds.

I do not think there is a sane person who rejects this scenario or the current situation or accept it with mixed feelings compounded with a strong desire to be in a better position, like any Western democratic nation where the transfer of power is smooth.

We don’t always get what we want, and we cannot be certain that our situation at the time will be better, in light of all this fragmentation in which we live, this demographic imbalance, the difficult economic situation and with all this tribal and sectarian polarization, in addition to our scientific and cultural backwardness, our devastating failure which we have seen over the past sixty years to produce good citizens without the need to turn back and point a finger of accusation at others for our failures.

The authority that succeeded in sabotaging many, as some claim, has failed to sabotage others.

Consequently, it is better for all of us not to be satisfied with only wishful thinking, but to demand to uphold the Constitution and applying the law on everyone without discrimination. This is better for both parties – the people and the ‘family’, than all forms of democracies in our regions.

Note: I am not in favor of submitting petitions and letters to higher bodies, with full respect to those who do this. The remedy for most, if not all, of the state’s problems and issues are found in the drawers of the Supreme Council for Planning, whose board of directors includes some of the best and cleanest minds in the country and forget and put aside the document of Obaid and Abdullah.

Share
Previous A new phase … hope ahead
Next 13th Oct

Hope for a new era government of achievements, not disappointment 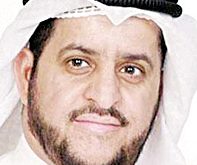