In an era where work from home has blurred the boundaries around a work/life balance, leaders are having to find new ways to encourage and support hybrid teams. While some businesses in the past have sought to instil a solid company culture by referring to employees as family, today’s successful entrepreneurs, like CG Tech’s Niall Carroll, warn against this practice, recommending instead to running organisations as elite sports teams.

“Teams are not like family. You would never fire a member of your family. It is important to build confidence and trust within your company. But it is also vital that your employees recognise their role in the team, and that the team needs to perform. Without performance, there can be no progression,” explains Carroll.

For Niall Carroll this distinction is part of an effective formula cultivated during a well-established career in the corporate advisory and investment banking realms. Since 2014 Carroll has been the Chairman of CG Tech, an investment holding company with a wide-ranging portfolio that concentrates on traditional industries, with a disruptive twist.

“At CG Tech we take an ecosystem approach to management. Our board of directors is made up of the owner managers of our subsidiaries. Like a team of teams, we share the highs and the lows collectively,” explains Carroll.

The unique structure is further enhanced by strong leadership from Carroll and Chief Ecosystem Officer Jason English, an authority on company culture and a leader that understands the significance of building the right type of team. Together, their blueprint for running CG Tech is purpose-driven with a firm focus on inspiring their people.

Following the post-war economic growth of the 1970s, an implicit social contract was formed between employees and employers; join an organisation as a first employer to rise through the ranks with the promise of a paycheck – and a pension – with a single job for life.

In the present climate, organisations around the world have been forced to make some challenging human capital decisions, with the inevitable outcome of prioritising the corporation over its people. Suddenly the implicit social contract has been broken, with most employees coming to the stark realisation that their tenure is tenuous at best.

In today’s fast-paced economy, where the new rules of engagement are firmly established, jobs are increasingly running through tighter time cycles. Young people entering the job market today are increasingly taking opportunities when and where they present themselves, working far more for their own self-interest and career benefit. This seachange is forcing leaders to drastically rethink how to recruit and retain talent.

In 2016 Deloitte touched on this subject in their Global Human Capital Report stating, “Young people anticipate working for many employers and demand an enriching experience at every stage. This leads to expectations for rapid career growth, a compelling and flexible workplace, and a sense of mission and purpose at work.”

The idea of “family” in this climate is well and truly inapt. The employees of today don’t expect to be treated as family because they don’t plan on staying around forever. Likewise, they don’t want to be micromanaged by a parental leader. In order to have a productive workforce, leadership must change its way of thinking. Shifting from the family paradigm to one that promotes a system of trust and shared values.

For CG Tech this is paramount to the way they invest.

“We have always believed that this is bigger than us,” says Niall Carroll. “Of course, we want every investment to be financially viable, but the bigger picture involves why we’re doing it. We want to be operating in a way that serves and uplifts the communities around us.”

The group believes that people are what matter most and that giving your teams the time, space and opportunities to thrive is vital to every achievement.

“We’re a people company. But we’re also realistic about what that means. Team members join and leave, but while they’re with us we work hard to instil a strong sense of purpose and a vision that allows for greater productivity and ingenuity,” explains Jason English.

One of the teams CG Tech is particularly proud of is Prommac, a technical project services business in South Africa with a focus on the Oil & Gas sector. CEO Dany de Barros regards himself as the team captain, fostering a group dynamic that has helped to propel the company to a national market leader. By leveraging the latest innovations and instilling confidence within their team, Prommac has been able to take on complex projects, finishing ahead of schedule and winning numerous awards.

In 2016 Prommac excelled after taking on a project in Sasolburg, noted by the team as one of their most challenging. Then CEO, Jason English was unsure of the move, but de Barros (then COO) convinced him they were up for the challenge. It was a bold move, but English felt if his team was confident, he needed to back them.

“We really believed we could tackle this high-level project. Even though he was a bit hesitant at first, Jason giving us the green light spurred on the entire team. We knew we had to get it right,” explains de Barros.

The CG Tech human capital formula of Engage, Develop and Propel is proving to be key to success across the entire portfolio.

“Whether we’re looking at remote teams, or teams that are currently back in the office, we want to make sure their experiences with us are uniform. If your employees don’t understand your vision, how can you expect them to work in the best interest of the company?” says English.

Just as sports teams rely on multidisciplinary members, companies need to focus on engaging the right talent for the right position. It is then important to ensure each team member understands their crucial purpose within the group.

According to Deloitte, “When workers appreciate how their individual work helps to advance goals they support and find meaningful, they will likely be more engaged, more motivated, and more likely to perform at a high level.”

The trend towards fostering a solid company culture that supports and uplifts employees looks set to endure. Leaders like Niall Carroll, Jason English and Dany De Barros, who are able to capitalise on team member strengths and instil trust, serve as an example of the kind of organisation that will foster and develop the talent that will drive them to success in the future. 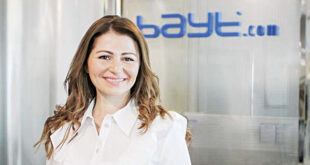 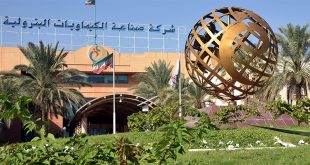 This post has been read 11083 times! ‘Low employment of Kuwaitis in non-governmental organizations’ KUWAIT …