‘No interruption in diwaniya visits’

KUWAIT CITY, June 27: At a time when the government’s plan to return life has been delayed, the question arising is: “Did government achieve the goal of near-total closure?”.

Are cases of coronavirus shrinking after most activities were disrupted amid increasing warnings that the national economy and sources of income are in danger. It is striking that all this closure appears to be mere words in the minds of concerned authorities, as parallel life inside homes, farms, chalets and others are going on, contrary to social distancing.

Weddings and parties are continuing, while visits to many diwaniyas are not interrupted. In spite of the decisive decisions taken by the Ministry of Health in the face of corona pandemic, which include ban on gatherings, holding of parties and suspension of studies in schools and universities to prevent mixing, the curve of infections after lifting of the total ban increased rapidly among citizens/Kuwaiti families, as a result of mixing, which the Ministry of Health considers the prime suspect in the rise of new casualties among Kuwaitis.

Despite the Ministry of Health’s appeals and repeated warnings about the danger of mixing and gathering in the transmission of infection to other family members and those close to them who are committed to their homes throughout the ban period, there is a state of recklessness and circumvention of the law by some citizens who violated health restrictions by holding weddings and celebrations inside their homes in broad daylight!

Infections
Journalist Saleh Jarman from Al Qabas triggered a surprise of heavy caliber, which may be one of the hidden reasons behind the increasing number of coronavirus infections among citizens and Kuwaiti families in the same house, as he reflected lack of commitment to the majority to health instructions through continuing weddings and parties.

He pointed to some famous media players competing in cooking and making cakes decorated with flowers and holding “double engagement and marriage” ceremonies, adding: Many of them organize events as before and refuse to display it via video.

Jarman attributed reasons for the increasing number of infections among citizens to non-observance of health instructions. He pointed out that a large group of society are committed to preventive measures, as they restrict themselves indoors and only leave home if extremely necessity. Unfortunately, the infection is transmitted to them due to negligence and carefree attitude of a family member who violates the health quarantine instructions by going out or exchanging visits or attending weddings.

To find the truth of the matter, Al-Qabas contacted a contractor and owner of a company for organizing parties and events Nasser Al-Nasrallah who acknowledged that some Kuwaiti families were keen on holding wedding parties, receptions and gatherings in chalets and farms almost on a daily basis at the time of the ban.

He said they violate all instructions and the repeated appeals of the Ministry of Health to avoid spread of infections at will. Al-Nasrallah revealed an increasing demand for full party equipment at the time of the ban in homes, especially after the holiday. He pointed out that he receives daily communications from customers asking for a DJ or presence of a singer to celebrate a wedding or an occasion from 12:00 pm until 3:00 pm.

Temptations
He pointed out that “I was subjected to many material and precautionary temptations by some customers to revive their parties by telling me to have no worries, just tell us what you want as we have wasta (infl uence) to cover you.” Some of them even offered additional sums and reassured the house’s commitment to precautionary measures.

“As one of the female clients asked me to organize a party in her house at night while staying in the Diwaniya of the house, I overcame the temptation by insisting that I can not risk my life and that of those around me, even though the profession is my source of income, and we’re the most affected by the decision to stop holding parties and gatherings”, he noted, adding the last party he organized was on March 7.

He pointed out that other companies — most of which do not have license to practice operate — took advantage of the crisis and raised the prices to double, with the price of party preparation package at home ranging from 1,500 to 1,800 at the time of the ban, covering a band and DJ, while any additions have a special additional price.

Regarding the quality of clients, Al-Nasrallah said: Most of them are women, as they request to organize weddings or reception, while some citizens requests a DJ for family gatherings in chalets and farms. He affirmed that most of the customers are from the tenth area near Fahaheel and the fourth area near Jahra.

He also said that owners of the concerts prepare the venue by isolating the sound and reducing the sound of music, and most of the invitees are neighbors and relatives! Saleh Jarman disclosed that the number of mobile salons “Home Service” exceeds the number of fixed salons where owners promote their offers on social networking sites to provide services in a way that keeps pace with current developments through qualified crews in terms of sterilization.

He pointed to the increasing demand for this service, especially with wedding events and receptions organized in broad daylight. Jarman was not satisfied with the violations and went ahead to reveal the restaurants’ willingness to meet customers’ requests for food supplies and buffets at weddings. He noted the requests increase, especially at the end of the week “Thursday”. He asked “what is the guilt of those who committed to their homes for more than three months only to get sick while in their homes?”. 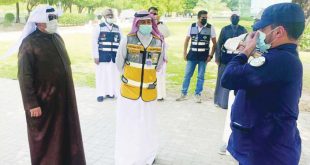 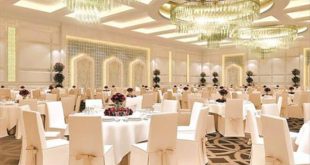 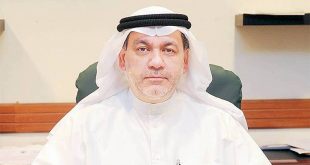