KUWAIT CITY, Nov 4: In the absence of the concerned authorities, the walkway in Sabahiya Plot 3, which extends from the wedding hall in the area to the petrol station on King Fahd Road, is still suffering from neglect, as careless motorists have removed the barriers that were placed to prevent the movement of vehicles on it and protect the pedestrians who fear being run over, especially during the evening hours when the lighting along the walkway is dim, reports Al-Rai daily.

The walkway, which is frequented by the elderly and people with special needs in large numbers particularly due to the improvement in the weather, has become a road for cars.

A group of pedestrians urged the concerned authorities to show concern for the situation related to the walkway and re-position the barriers to prevent cars from entering it, as well as improve the lighting in the area to protect the users of the walkway, especially women and children, from being run over or harassed by car owners, loitering young men or workers.

The patrons of the walkway urged the cooperative society in the area to contribute to decorating the walkway, similar to the rest of the areas, and to provide it with facilities for children to play as well as fitness equipment to contribute to the comfort of visitors within the society’s community activity.

The patrons explained that they are disturbed by delivery cars of restaurants and motorcyclists who use the walkway to deliver orders. They have removed the barriers to shorten the road, exposing the walkers to being run over. They appealed to the area’s police station and Ahmadi Traffic Department to monitor the owners of these cars and bikes and ensure their commitment to traffic regulations, especially in terms of carrying driving licenses and adhering to traffic rules, as well as ensure they do not use the walkway. 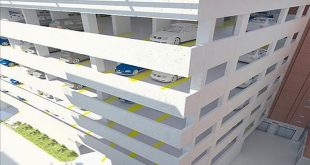 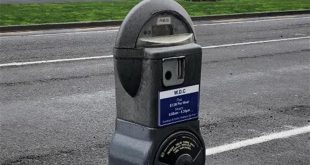 KUWAIT CITY, Oct 3: Obtaining a space to park a car in some parts of …