CAIRO, Nov 15: Assistant Minister for Human Rights Affairs at Kuwait’s Foreign Ministry, Ambassador Talal Al-Mutairi, said on Monday that violence against women violates moral principles and infringes upon teachings of Islamic religion. This came in his inaugural speech when chairing the “open membership working group meeting.” The group had been formed by the Arab League permanent committee on human rights — designated for reviewing Arab declarations opposing all violence against girls and women.

Al-Mutairi hoped a unanimously agreed upon formula would be reached, because violence against women is a central issue in relation to human rights. He also expressed appreciation for all member states for their support of women within their communities, and stated that the meeting reflects a deeply rooted interest in morals boosting rights, freedom and tolerance, as they are a key component in modern societies.

Proposed
Al-Mutairi mentioned that State of Kuwait proposed issuing an Arab declaration against domestic violence, during last human rights committee session, held in August. On her part, Head of Social Sector in League of Arab States, Ambassador Haifa Abu Ghazaleh, voiced appreciation to member states for institutional and legislative efforts made to empower women. Abu Ghazaleh added in a similar speech, that this comes within positive privilege proposed by Islamic and other Abrahamic religions, as well as regional and international resolutions. She clarified that a proposed project is to be discussed in three days, within framework of the working group, adding that the meeting represents a moral commitment to raising awareness in regards to impact of violence against women, on their psyche and their position within family and community. Abu Ghazaleh articulated that that meeting is considered a stepping-stone in developing joint Arab work and accomplishing sustained development goals. She also added that amongst Arab efforts is an initiative proposed by a coalition of women MPs in Arab countries to combat violence against Arab women in 2016. The initiative revolves around the Arab declaration opposing all violence against girls and women, and subsequent developments in this regard. (KUNA)

Share
Previous Rise in suicides raises concern
Next More than 1,000 doctors to benefit from KD 500 raise

An Expat sends seductive messages to a woman over WhatsApp 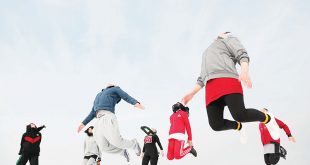