KUWAIT CITY, Oct 21: MP Saadoun Hammad has disclosed that major financial violations were found in the contracts signed by the Ministry of Health for importing vaccines against coronavirus. Hammad said he has a copy of the contract with Moderna valued at $80 million for the supply of two million doses of vaccine. He added the price of one dose, according to the contract, is $40 without shipping fees.

He pointed out the price in the website of Moderna is $28.5 per dose, including shipping fees — the same price posted on the Financial Times website. He revealed the shipping fee is approximately $5 per dose, but the price in the contract is $45 per dose which is $16.5 more than the price specified by Moderna Company. He went on to say that the total amount of violation in this contract is $33 million. He called on the State Audit Bureau (SAB) to take the necessary measures to suspend this contract which includes two deliveries of the vaccine — one million doses each to be supplied to the ministry in the fourth quarter of 2021 and the second quarter of 2022.

Hammad stressed that he will call for the formation of a fact-finding committee to investigate the issue; adding that once the violations are proven true, all those involved will be referred to the Public Prosecution.

Meanwhile, the recent hours witnessed some disputes and exchange of accusations as some MPs blamed nine of their colleagues for not signing the statement calling on His Highness the Amir Sheikh Nawaf Al-Ahmad Al-Jaber Al-Sabah to grant amnesty to those convicted in political cases.

On the other hand, one of the nine MPs — Marzouq Al-Khalifa — said they have been deliberately prevented from seeing the statement with the aim of isolating them. MPs Khalid Al- Otaibi, Fares Al-Otaibi and Muhammad Al-Mutair affirmed that they fully support the amnesty and they have worked hard to push for it, but they did not sign the statement which was issued according to the directive of National Assembly Speaker Marzouq Al-Ghanim whom they consider an obstacle to granting amnesty. In another development, Deputy Amir and Crown Prince of Bahrain Sheikh Salman bin Hamad Al-Khalifa received Speaker Al- Ghanim in Al-Refaa Palace. President of Bahraini House of Representatives Fawziya Abdullah Zainal attended the meeting; as well as Chairman of Rashed Equestrian and Horseracing Club Sheikh Essa bin Salman bin Hamad Al-Khalifa and Sheikh Muhammad bin Salman Al-Hamad Al-Khalifa and Minister of Financial and National Economy Salman bin Khalifa Al- Khalifa. 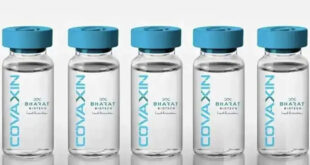 KUWAIT CITY, Oct 30: With the decrease in Corona infections and the decline of the …