KUWAIT CITY, March 17: Head of the Federation of Consumer Cooperative Societies Khalid Al-Hudaiban talked about the completion of construction and the logistics for warehouses which is being built on an area measuring 6,000 square meters in Sulaibiya and will be the largest logistics warehouses in Kuwait, and will provide food security to cooperative societies throughout the country in the absence of the stores or a shortage of storage places, reports Al-Anba daily quoting sources.

Al-Hudaiban pointed out that the emergency plan approved by the federation requires the provision of food security for six months, which prompted the Federation to accelerate the completion of the construction of these stores, which will make a quantum leap in the cooperative societies, especially with the use of the latest technology and the application of the highest international standards. He added the Union is in the process of acquiring the necessary licenses from the Kuwait Municipality and Fire Services Directorate and other government agencies.

Meanwhile, the Pentagon has announced that US Victors System Company won a contract valued at $548 million to provide services for the operations of the US Army base in the country, reports Al-Rai daily. Victors System Company supports various operations, including security and logistics, in the key facilities of the US Army throughout the country such as Arifjan and Buehring camps, Al-Adeeri Complex, Patriot Camp in the Marine Base, Kuwait International Airport and Shuaiba Port. 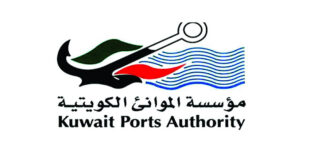