KUWAIT CITY, Feb 18: The Ambassador of the United States of America to Kuwait Alina Romanowski visited the Martyrs Office. She was received by the Director- General of the Office Salah Al-Oufan in the presence of members of the Board of Trustees.

Romanowski during the tour of the museum was given an explanation of the museum’s contents, including pictures of the late Amir Sheikh Jaber Al-Ahmad and Bush Sr., during his visit to Kuwait after liberation, and some pictures of the Kuwaiti resistance forces during the Iraqi invasion of Kuwait, as well as the joint activities between the office and the American embassy. The tour comes as part of a series of events organized by the US embassy to commemorate the 30th anniversary of the liberation of Kuwait.

On this occasion, Al-Aufan said Kuwait does not forget the countries that stood with it during the launch of Desert Storm to liberate Kuwait, and the honorable stand taken by the United States, which led the liberation efforts with coalition forces at a time when the Kuwaiti people who accepted the challenge and resisted injustice in order to liberate their country from the brutal Iraqi invasion.

The martyrs wrote with their blood an immortal saga, so that the homeland can continue the march with unprecedented and courageous international aid led by the United States of America, the country that led the liberation efforts with the government of Kuwait and the coalition countries.

In January 1991, the late President George Bush Sr announced Operation Desert Storm begins and a US-led coalition led alongside Kuwait to expel Iraqi forces, and Kuwait was liberated at the end of February 1991.” She added that liberation is an important part of “our two countries’ common history and a bond for our very strong partnership that we enjoy today,” and the United States is committed to the security of Kuwait today just as it was 30 years ago.

Share
Previous How do we know different types of ‘COVID-19 vaccines’ are safe?
Next Minister discusses ways to develop projects 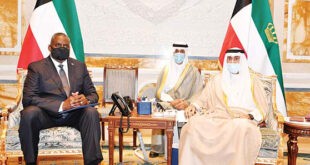 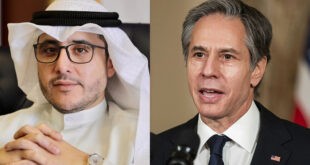 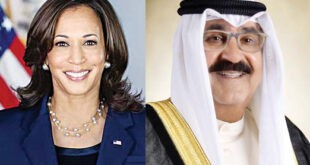 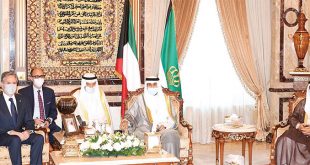