JERUSALEM, Oct 18, (AP): A high-level delegation of American and Israeli officials landed in Bahrain on Sunday on a mission to cement an agreement to establish formal diplomatic relations between Israel and the Gulf Arab state. US Treasury Secretary Steven Mnuchin and Israel’s national security adviser, Meir Ben-Shabbat, led the delegations.

The sides were expected to issue a joint statement later Sunday that would make Bahrain just the fourth Arab country to have full diplomatic relations with Israel. “My hope is that this visit marks another step forward on the road to a truly peaceful, secure, stable and thriving Middle East,” Bahrain’s foreign minister, Abdullatif al-Zayani, said at a welcoming ceremony at the airport. Bahrain joined the United Arab Emirates at a festive White House ceremony last month marking the “Abraham Accords,” a pair of US-brokered diplomatic pacts with Israel.

While the UAE’s deal with Israel formally established ties, the agreement with Bahrain was less detailed and included a mutual pledge to follow suit. Sunday’s one-day visit by the Israeli delegation aimed to complete that task. The El Al flight landed at Bahrain International Airport on Sunday afternoon. The Kingdom’s state-owned television channels did not carry the arrival live, nor did the state-run news agency announce the Israelis’ presence. Bahrain’s state-run news agency later published pictures of the arrival, acknowledging the Israeli officials were there to sign documents “establishing diplomatic relations between the Kingdom of Bahrain and the state of Israel, in addition to a number of memoranda of understanding in the areas of joint cooperation.”

“Today is a great day,” Ben-Shabbat told the airport ceremony. “Another chapter in the vision of peace becomes a reality.” Mnuchin said it was “incredible” to be on what was believed to be the first flight by Israel’s national carrier El Al to Bahrain. “The opportunities here are quite enormous, both economic, trade, investment, cultural and security between the three countries,” he said.

Israel’s commercial El Al flight 973 – a nod to the international dialing code for Bahrain – flew through Saudi Arabia’s airspace en route to Manama. Although Saudi Arabia has not normalized ties with Israel, it has signaled tacit support for the moves by its Gulf neighbors, which reflect shared concerns about Iran. At Israel’s Ben-Gurion airport, US, Israeli and Bahraini flags festooned the tarmac before take-off. Ben-Shabbat, one of the key Israeli officials involved in negotiations with Bahrain, said the visit could “translate plans to actions and concrete agreements” with the signing of a range of deals involving finance, investment, trade, tourism, communications, technology and agriculture. Another Israeli official said the visit would include a joint statement late Sunday formally establishing diplomatic relations, including the opening of embassies and exchanges of ambassadors in the coming months 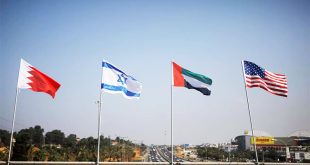 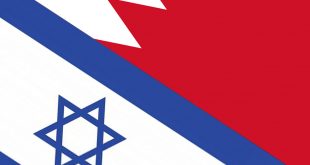