WASHINGTON, Jan 18: The US remains “committed” to the United Arab Emirates’ security, Defense Secretary Lloyd Austin said on Tuesday after yesterday’s deadly drone attack by Houthi militia on that country. The attacks targeted the international airport and an oil refinery, both in the capital of Abu Dhabi, killing three civilians and injuring six others. Washington supports the UAE’s right to defend itself and stands united with the Gulf Arab country in defending against threats to its territory, added the secretary. “The Department of Defense joins me in strongly condemning yesterday’s terrorist attack in Abu Dhabi that killed three innocent civilians and targeted civilian infrastructure,” he said in a statement. (KUNA)

The Kuwaiti government has strongly denounced the Houthi militia Monday’s drone attack on civilian areas in the United Arab Emirates which left casualties among innocent people. In a press statement following its regular meeting Monday, the cabinet clarified that the Houthi militia’s continued attacks, violation of international humanitarian law, and threatening of the regional countries’ security and stability had exposed the group’s dangerous behavior which necessitates a swift action from the international community, especially the UN Security Council, to stop its hostile actions and safeguard international peace and security.

The cabinet also expressed Kuwait’s full solidarity with the UAE and support to all the measures it will take to maintain its security and stability. A suspected drone attack claimed by the Houthi rebels targeting a key oil facility in Abu dhabi killed three people on Monday and sparked a separate fire at Abu dhabi’s international airport. Emirati police identified the dead as two Indian nationals and one Pakistani. Several people were also wounded at an industrial area where Abu dhabi’s state-owned energy company runs a pipeline network and an oil tanker storage facility. The police said they suffered minor to moderate injuries. Three transport tankers caught fire at the facility, while another fire was sparked at an extension of Abu dhabi International Airport. Police said an investigation was underway and that preliminary findings indicate there were small flying objects, possibly belonging to drones, that fell in the two areas and may have caused the explosion and fire. They said there was no significant damage from the incidents, without offering further details. Yemen’s Iranian-backed Houthi rebels claimed they were behind an attack targeting the United Arab Emirates on Monday, but they did not offer details.

Although the UAE has largely withdrawn its own forces from the war in Yemen, it is still actively engaged in the conflict and supports Yemeni militias fighting the Houthis. The incident comes as the Houthis face pressure and are suffering heavy losses. Yemeni forces, allied and backed by the UAE, have pushed back the rebels in key southern and central provinces, dashing Houthi efforts to complete their control of the entire northern half of Yemen. Yemen’s government-aligned forces reclaimed the entire southern province of Shabwa from the Houthis earlier this month and made advances in nearby Marib province.

They were aided by the UAE-backed Giants Brigades and had help from Saudi airstrikes. Saudi Arabia condemned Monday’s attack targeting Abu dhabi, describing it as “a cowardly terrorist attack” that shows the dangers posed by the Houthis. Saudi Arabia, as well as the United States, U.N. experts and others have accused Iran of supplying arms to the Houthis. The UAE was a key member of the Saudi-led coalition that has waged war against the Houthis since 2015, trying to restore the internationally backed government, ousted by the rebels the previous year. While Emirati troops have been killed over the course of the conflict, now in its eight year, the war has not directly affected daily life in the wider UAE, a country with a vast foreign workforce that is also home to Dubai, a glitzy city of skyscrapers and five-star hotels. The airport fire in Abu dhabi was described by police as “minor” and took place at an extension of the international airport that is still under construction. For years, the airport home to Etihad Airways has been building its new Midfield Terminal, but it was not clear if that was where the fire took place. 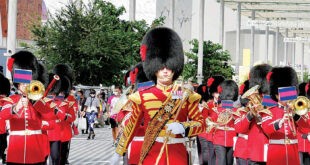 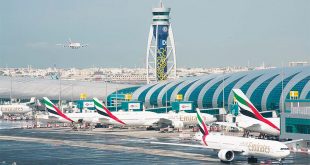 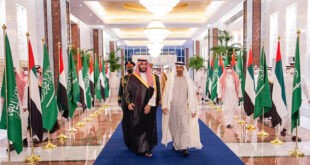