Kathmandu, March 12, 2018 (AFP) -A Bangladeshi plane with 67 passengers on board crashed near Kathmandu airport Monday as it was coming in to land, officials said, as firefighters battled to extinguish the burning wreckage and rescue passengers.
Plumes of black smoke could be seen rising from the football pitch where the plane crashed, to the east of the runway at Nepal’s only international airport, in the capital Kathmandu.
“There were 67 passengers and 4 crew members” aboard the plane, said airport spokesman Prem Nath Thakur.
“So far 20 injured have been taken to the hospital. Police and army are trying to cut apart the plane to rescue others,” he added.
Live footage posted on Facebook showed the towering columns of smoke rising behind the runway, where another plane stood waiting on the tarmac.
Emergency vehicles appeared to be heading into the smoke as people watched from a distance or filmed on their mobile phones.
Nepal has suffered a number of air disasters in recent years, dealing a blow to its tourist industry.
Its poor air safety record has been blamed largely on inadequate maintenance, inexperienced pilots and substandard management.
In early 2016, a Twin Otter turboprop aircraft slammed into a mountainside in Nepal killing all 23 people on board.
Two days later, two pilots were killed when a small passenger plane crash-landed in the country’s hilly midwest. 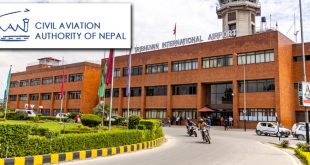 This post has been read 4851 times!KATHMANDU, Nepal (AP) — Nepal’s only international airport reopened …