LAS VEGAS, Oct 15, (AP): Tyson Fury is turning his attention to an all-British heavyweight unification bout with Anthony Joshua early next year after ending plans for a third fight with Deontay Wilder.

Fury claimed the WBC belt from Wilder with a seventh-round stoppage in their rematch in Las Vegas in February and the British boxer’s US promoter, Bob Arum, was looking to stage a third fight between them in front of 15,000 spectators at the home of NFL team Las Vegas Raiders on Dec 19. However, US government restrictions on fans attending sports events and TV scheduling clashes with college football games has scuppered those plans, and Arum said Fury did not want a Wilder fight to be pushed back until the end of January or February.

Instead, Arum told The Associated Press, Fury is set to fight an as-yet-unnamed opponent back in Britain on Dec 5 and then “wants to go right to a Joshua fight, which is his right.” Before taking on Fury, Joshua – the WBA, IBF and WBO titleholder – is lined up to fight mandatory IBF challenger Kubrat Pulev. Arum told the AP he sees no concerns about the negotiations between Fury and Joshua. “It doesn’t take rocket science to do the deal,” said Arum, the CEO of Top Rank, “because all the parties agree that it would be a 50-50 deal. So now you have a 50-50 deal and there are probably three or four hours of details to sit down and iron out before the event goes on.

“I mean, really you know, I don’t think either Joshua or Fury give a damn who goes in a ring first and all that other nonsense. They’ll work it out. It’s not going take a long time to do.” Arum said the Fury-Joshua fight likely would take place in Britain or the Middle East. “It does hinge on fans being able to attend,” Arum said. “But, you know, it pretty much looks to me that by the spring of next year, April or May, the coronavirus will be behind us. “We should have a safe and effective vaccine. So I think that hopefully in the spring of next year, coronavirus would be just a bad memory.” Arum also represents Pulev, whose fight with Joshua is scheduled to take place in Britain on Dec 12. 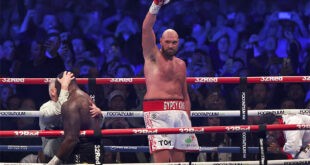 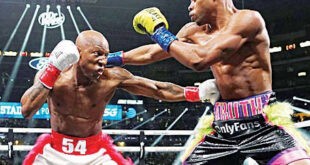 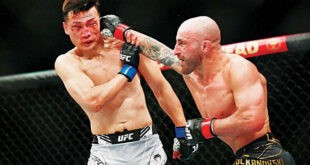 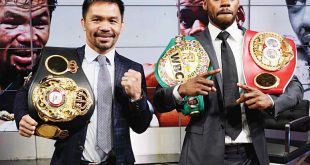 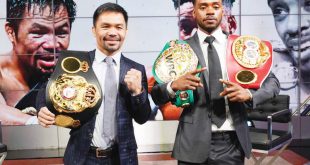