Two Koreas ‘march together’ as Asian Games burst into life

JAKARTA, Aug 18, (AFP): North and South Korea marched together in a stirring display of unity as the Asian Games, one of the world’s biggest sports events, opened in a blaze of colour in Jakarta on Saturday.

South Korean women’s basketball player Lim Yung-hui and North Korean footballer Ju Kyong-chol jointly held the Korean Unification flag aloft as they led the athletes out to an ovation from the packed crowd.

It is the second such symbolic gesture this year by the two Koreas, who also walked together at the Pyeongchang Winter Olympics opening ceremony – an event that heralded an unprecedented warming of ties.

The North and South, still technically at war, are joining forces in women’s basketball, canoeing and rowing during the 40-sport, two-week regional Olympics in the Indonesian capital and Palembang, a port city on Sumatra island.

The ceremony opened with a skit purportedly showing President Joko Widodo doing stunts on a motorbike in Jakarta’s streets before riding into the Gelora Bung Karno stadium, to roars from the crowd.

About 1,500 dancers in traditional dress then performed a tightly choreographed routine before Afghanistan led the athletes’ parade into the stadium.

There were huge cheers when the two Koreas, whose athletes together number about 1,000, marched into the stadium together wearing pristine white and blue uniforms.

Widodo was then seen dancing in his seat as Indonesian singer Via Vallen took to the stage, before the stadium fell silent to honour the victims of the recent Lombok earthquake.

“You can feel proud of your home country Indonesia,” said Sheikh Ahmed Al-Fahad Al-Sabah, president of the Olympic Council of Asia, before Widodo declared the Games open.

It provided a vibrant start to the Games, whose build-up has been dogged by logistical headaches and security fears after Indonesia suffered its deadliest terror attack in a decade in May.

The sprawling archipelago has also been grappling with its latest earthquake disaster after strong tremors in Lombok, an eastern island, left more than 400 people dead.

Indonesia, a country of about 270 million, stepped in to host the Games at short notice after Vietnam pulled out, citing the event’s eye-watering costs.

Indonesia has a poor track record in hosting multi-sports events – the 2011 Southeast Asian Games in Jakarta and Palembang suffered serious corruption problems and delays, and two people died in a stadium stampede.

But officials say all venues are ready for competition and tournament-related problems so far have been relatively minor, from the ticket website crashing to misspelt words on signs.

About 18,000 athletes and officials from 45 Asian countries will be at the Asiad, organisers said, looking to make their mark across a range of sports from swimming to sepak takraw and bridge.

The Asian Games encompass nearly the full Olympic programme and are considered the pinnacle by many participating nations, for whom Olympic success often proves elusive.

It is a scoreline so audacious even Kim Jong Il would have blushed.

Unlike their former leader’s legendary first-ever round of golf – in which he claimed to hit 11 holes-in-one – the footballers’ achievement is recorded in the official record books of Asia’s regional Olympics.

Pyongyang has invested in sporting success in recent times, opening an elite football academy for young boys and girls five years ago in the capital, as well as a top-class ski resort.

But the women’s success has far outstripped their male counterparts, including three Asian Games gold medals, three Asian Cups and the last under-17 and under-20 World Cups.

Current leader Kim Jong Un appears to have taken particular interest in women’s football, reportedly visiting the team in training before the last Asian Games to offer “valuable instruction on how to win the gold medal”. They went on to win the tournament.

But things have not always been so straightforward for the North’s female footballers.

They were banned from the 2015 Women’s World Cup after five players failed drugs tests at the previous edition in 2011.

The team doctor at the time blamed the test results on a “Chinese remedy” made from musk deer glands to treat players who had been struck by lightning.

International sanctions imposed on North Korea over its nuclear weapons programme continue to hamper financing for the country’s footballing ambitions, such as sending stars to top European clubs.

And the team will miss out on next year’s World Cup in France after being narrowly edged out in early qualifying by neighbours South Korea — a country with which the North remains technically at war.

‘Nervous’ loss – Even so, the North’s women continue to leave their male counterparts in their wake.

North Korea’s men’s team coach Ju Soyg Il apologised Friday for his “nervous” players after a heavy defeat to Iran left his side on the brink of an early exit from the same tournament.

The 3-0 loss means the men’s team need a win in their final match to have a chance of avoiding group-stage elimination – just four years after they reached the final.

“We have to find the reasons why we lost the matches. One reason is that many of the players may be nervous,” an ashen-faced Ju told reporters after the match.

“The players were psychologically down.” Ju also blamed referee decisions for his team’s loss Friday – North Korea had a player sent off and conceded a penalty in a fiery second half – but pledged to “learn lessons” from the setbacks.

Unsurprisingly, the women’s team top their group – albeit on goal difference over China, who could only manage to overcome Hong Kong 7-0.

The Tottenham Hotspur forward came off the bench just before the hour-mark but couldn’t help the defending champions overturn a two-goal deficit, after Safawi Rasid’s first-half double for 171st-ranked Malaysia.

Son is skipping Premier League action for the regional Olympics, where victory would mean an exemption from South Korea’s 21 months of military service.

Son, 26, was released by Spurs for the tournament, which represents his final chance to avoid nearly two years in military barracks – a serious setback to his career.

South Korea, who thrashed Bahrain 6-0 in their opening match, dominated possession in the second half, particularly after Son’s introduction, but were unable to claw their way back.

Japan-based striker Hwang Ui-jo, who is also facing his final chance to avoid military service, pulled one goal back for the Koreans late on.

And Son had a golden chance to equalise with a free-kick just outside the box in the last minute, but he placed it inches wide of the post.

Malaysia, 114 places lower than their opponents in the FIFA rankings, were happy to sit deep and play on the break, and frustrated the South Koreans further with frequent stoppages.

Malaysia’s Rasid opened the scoring after just five minutes and he cannoned his second in off the post in first-half injury time.

However, South Korea’s hopes remain very much alive as they now require a draw against Kyrgyzstan in their final group clash to reach the knockout stages. 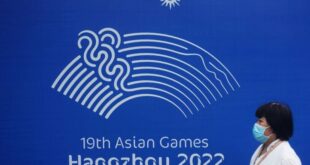 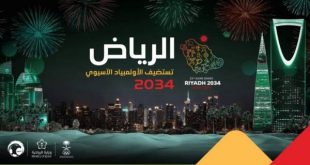 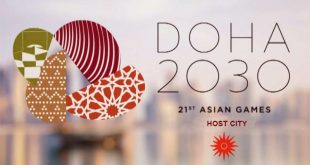 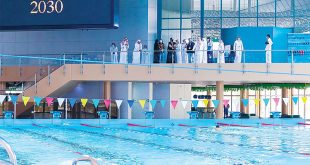