US President Donald Trump on Friday reiterated his threat to close the US-Mexico border next week if Mexico failed to stem the flow of illegal immigrants. “If Mexico doesn’t immediately stop ALL illegal immigration coming into the United States through our Southern Border, I will be CLOSING the Border, or large sections of the Border, next week,” Trump said in a tweet. He added, “This would be so easy for Mexico to do, but they just take our money and “talk.” Besides, we lose so much money with them, especially when you add in drug trafficking etc.), that the Border closing would be a good thing.” Trump also blasted the Democrats, saying, “The DEMOCRATS have given us the weakest immigration laws anywhere in the World.” (KUNA) 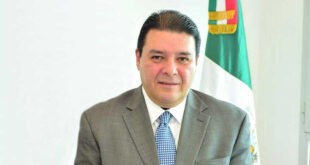