THANK God, the visit of the Coptic Pope Tawadros II to Kuwait at the invitation of His Highness the Amir Sheikh Sabah Al-Ahmad Al-Jaber Al-Sabah was very successful.

The people of Kuwait proved what they are made of and that Kuwait is truly a tolerant and coexistent country. This was translated during the visit of Pope Tawadros II here where he was received with grand hospitality and honor by the Kuwaiti people and their leadership.

I personally attended a luncheon organized by His Highness Sheikh Nasser Al-Mohammad in honor of the Pope and his accompanying delegation. Representatives from all segments of the people of Kuwait attended that luncheon, which was distinguished by the speeches of His Highness Sheikh Nasser Al-Mohammad and Pope Tawadros II. Their speeches, which had lifted the spirits of those present at the venue, contained notions of tolerance and coexistence among people irrespective of their differences.

I wish we could borrow some of the concepts and objectives of those speeches to teach our new generation and erase the thought of dark isolationism and despotism from their minds.

That is what happened in Kuwait, and also in Egypt when Pope Francis visited that country. However, that historic visit unfortunately came after aggressive campaigns were launched against the Pope’s visit. Those campaigns were spearheaded by extremists topped by the Muslim Brotherhood Group and the kind who possess extremist and hate-filled thoughts over such occasions.

Before these campaigns of the Muslim Brotherhood Group, heinous bomb attacks were carried out at two Coptic churches by none other than DAESH. Several innocent lives of civilians were lost in those attacks. However, Sheikh of Azhar did not withdraw his invitation for Pope Francis to visit Egypt, despite several threats from the Muslim Brotherhood Group on his person and his establishment.

Abdulrahman Al-Rashed wrote in the Middle East newspaper — “The Muslim Brotherhood Group, which criticized the visit of the Pope, used to earlier brag about being civilized and that they believe in coexistence with the West. They even denounced the stances of GCC governments in closed forums regarding the fact that they are backward and being held captive by other faiths. Now with Morsi gone, they have embarked on a path of political destruction by launching hostile campaigns targeting Islamic Azhar and the Egyptian Copts. The followers of Muslim Brotherhood Group worldwide were against the visit of the Pope”.

We thank God that the followers of this group in Kuwait did not have a chance to utter anything against the visit of Coptic Pope because they were in a critical political fix and facing unfavorable situation.

During their confrontation with the government, they were pushing and pulling each other with laughable interpellation motions, besides their statements of the inevitable dissolution of the current parliament. Therefore, they preferred to keep quiet and avoid opening new fronts against them. The new fronts would have been the real people of Kuwait, which is the country of tolerance and coexistence. 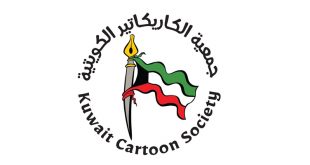