SINCE the beginning of this month, Sudan has been living in the Nile River flood disaster, the most severe to strike Khartoum in a hundred years. The floods have caused severe crisis with hundreds of deaths, rendered tens of thousands of people homeless, crops have been damaged, and large herds of livestock have perished which forced that African nation to declare a state of emergency.

On September 6, 2020, I wrote an article about this disaster, and I asked why none of the political Islam charities moved to provide aid to the afflicted Sudan, and explained how this inaction exposed the hypocrisy of some of them, especially those concerned with International Islamic Charitable Organization (IICO) and the relief of Muslims, Arabs and Africans.

Actually they forgot all their slogans about the brothers in religion, because they are with party politics and not with the relief of the poor citizens. Images of children and victims will not mean anything to them, because their motives are different and their goals purely ideological.

The Sudan and its people have are left to their fate since the day the country became the haven for the Muslim Brotherhood.

I do not know when those who support them, financially and morally, be aware of their goals and objectives, and realize they have nothing to do with either helping Muslims or sending relief to the poor African countries.

The reality of the biggest and most influential charities was disclosed or exposed, after I had written the said article and ‘their’ failure to come to the rescue of an Arab Muslim state, I got the reply for article after two days, on Sept 8, 2020 and requested the approval of the Ministry of Social Affairs to allow collecting donations for the relief of THE Sudan, although ‘it’ is supposed to have hundreds of millions of dollars in ‘its’ accounts.

We know, and they know that the donation process or official approvals, campaign procedures, and collecting and counting monetary funds, then sending them to Sudan, will take time and it will be too late to save lives and property of the people in Sudan.

I am certain the movement of these associations would have been much faster if the Sudan was still in the warm embrace of the Muslim Brotherhood, especially since the strongest member of the largest charity society in Kuwait, the Sudanese national, is being pursued by the authorities of his country on charges of corruption. So how would he agree to send cash aid to a country that is hostile to him?

These associations or others were not satisfied with the failure to perform their duties, for which they were founded; rather a group of known parties affiliated to them produced a ‘video clip’ which was distributed widely, which included a blatant attack on the role of working women in the areas of decision-making.

They directed the accusations at the leadership of the Ministry of Social Affairs, represented by Her Excellency the Minister, the Assistant Undersecretary, and the Director of the Charity Associations Department, of ‘destroying’ the history of charity work in Kuwait allegedly for their delay in approving their request to collect donations for Sudan’s relief.

However, the requests came two days after I penned the article, and 11 days after the disaster hit the Sudan. How did these parties and the religious personalities whose statements are included in the video clip allow the makers of the clip to accuse the Ministry since it is they who were negligent from day one? 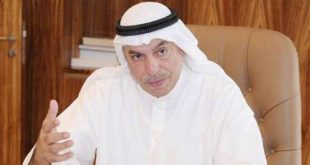