The Gulf region is set to derive synergetic benefits of its multinational workforce and the multi-ethnic population that has been drawn to the region thanks to its enormous oil wealth. From the springboard of this diversity, not only breathtaking technological feats like Burj Khalifa, Palm Jumeirah Islands have been created, but innovative hybrids of commerce and culture are emerging.

The Louvre Museum in Abu Dhabi speaks volumes of the Emirati ambition to host a cross-cultural narrative in cosmic paradigm. More than one million visitors of diverse nationalities are reported to visit the museum in the first year of its opening. Close at heels is Saudi Arabia, the regime identifies culture and entertainment as vital sectors for the diversification of the economy away from oil. The Saudi Minister for Culture Prince Badr bin Abdullah bin Farhan recently announced a new cultural vision and also a landmark cultural residency scheme, where the international artists would be offered opportunity to have residency in the Kingdom.

The companies in the Gulf region are also looking at the diversity of its workforce as a vital driver to success. There are ample research studies and evidence that the diversity of the workforce creates a dynamic workplace and stimulates higher productivity and innovative thinking. Many multi-national companies in the region are already harnessing this potential. Henkel, a German company in the GCC region, employs nearly 1,600 people from 40 nationalities.

Some companies like Cummins make an explicit business case for employing a culturally diverse workforce and find the ecosystem in their Gulf operations conducive. The UAE has emerged as the global hotspot for start-up attracting entrepreneurial talent around the world. Besides a string of investment and visa incentives, the multi-cultural ecosystem, commingling and connectivity have given it the dynamism and growth which other entrepreneurial hotspots like Germany and Japan find hard to match. While Saudi Arabia is planning to give Saudi Green Card in few years, Qatar became the first Gulf country to approve a draft law that gives permanent residency IDs to the expatriates who provided outstanding services to the country.

Some sectors are thriving on the multiplicity of the cultural milieu of the region. The GCC food sector is thriving on the gastronomic diversity of its multi-ethnic population, which are increasingly demanding packed and ready-to-eat international food. Even a geographically small state of Kuwait has displayed the emblematic capacity to host more than a hundred international cuisines under one roof. The entertainment industry views the region’s multi-ethnic population as an important vantage point of their business. The largest overseas market for India’s Bollywood is the Gulf region. Bahrain’s biggest water park; The Lost of Paradise in its 12th Session recently launched its biggest colour festival in collaboration with India’s radio Mirchi FM in which the audience enjoyed live musical performances by international artists like D. J. Richards and Nikhita Gandi.

The Gulf countries are projecting themselves as cultural hubs. Saudi Vision 2030 allocates $64 billion to invest in culture, leisure and entertainment to make the Kingdom as an attract tourist destination. Tourism gives a tremendous boost to cultural commerce. Kuwait in its Vision 2035 aims to transform itself into a financial, cultural and institutional leader in the region. The Sheikh Jaber Al-Ahmad Cultural Centre houses the world-class theatre for performing arts and would be the part of the new cultural district, which would include state-of-the-art theatres, cinemas conference and exhibition halls and library archives. The Gulf countries which have been known in recent times for restrictions on creative expression are fast becoming new bastions of visual arts. Most noteworthy is that women dominate the art scene managing the prominent museum, fairs and festivals like Jeddah Arts, Abu Dhabi Music and Art Foundations. Dubai and Sharjah that have been at the crossroads of commerce have become vibrant art markets.

The UAE invariably makes the most attention captivating headlines about hosting events of cultural commingling as it celebrates the Year of Tolerance. Yas Waterworld Abu Dhabi won the Guinness World Record for hosting an event for “The Most Nationalities in the Swimming Pool” in which about 102 nationalities participated. The historic visit of the Head of the Catholic Church His Holiness Pope Francis to the UAE coinciding with that of Grand Imam of Al-Azhar His Eminence Dr Ahmed Al-Tayyeb lends tremendous credibility to the Emirates’ multi-cultural ethos. Beyond a favourable investment and business environment, projecting an abiding commitment to peaceful coexistence and tolerance among people of different religious, ethnic and cultural backgrounds has made Dubai the safest place for investment and commerce. In a recently released Global Wealth Migration Report 2019  by Afro-Asian Bank and World Wealth Tourism, Dubai attracted more than 1,000 millionaires from outside the country in the year 2018 surpassing major cities like Los Angeles, New York, Miami, Sydney, San Francisco while there has been exodus of many thousand millionaires from China, Russia, India, France among others.

Saudi Arabia is also now poised to preserve, promote and project the cultural diversity which it sees as naturally embedded in its land located at the crossroads of ancient civilizations and trade routes. This is in tandem with initiatives for cross-cultural dialogue. In the year 2007, under King Abdullah, it took the lead in hosting an interfaith dialogue in Makkah where eminent religious scholars, academics, media persons and intellectuals have been invited to participate. Since then, extensive outreach to religious authorities of different communities is being made to mobilize efforts to counter terrorism and religious extremism. Qatar in its 13th interfaith dialogue in the year 2018 has called for the protection of human rights as universal discourse of all religions.

The region is setting forth a distinct narrative of being the natural springboard of cultural commingling and a hotpot for commerce that can thrive on such cultural diversity. It seeks to dismantle the Western construct of an image of “Tabula Rasa”, a region devoid of history and culture. For the onlookers, it’s an enticing spaghetti of cultural commingling and commerce that may potentially address some of the challenges facing the region. 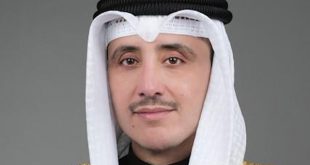