BEIJING, Sept 8 : The Consul of Kuwait in the Chinese city of Guangzhou, Khalifa Al-Kharafi, called on Tuesday business owners and Kuwaiti companies to participate in the work of the 130th session of the China Import and Export Fair, which will start in Guangzhou on October 15. In a statement to Kuwait News Agency (KUNA) after his participation in the promotional conference for the session, Al-Kharafi added that this exhibition ‘Canton Fair’, which is held in person and virtual, is a real platform for Kuwaiti business owners and companies to learn about Chinese goods and products and find new investment opportunities in the Chinese market. He pointed out that Kuwait’s participation in the Canton Fair and its continuation will contribute to raising the level of trade exchange between Kuwait and China to ensure the achievement of the aspirations and visions of the leaderships of the two countries.

Al-Kharafi explained that Canton Fair is one of the largest exhibitions organized annually by the China Foreign Trade Center, the Commerce Department and the Foreign Affairs Office of the People’s Government of Quangdong Province. He indicated that the exhibition, which will conclude on November 3, will be attended by about 26,000 Chinese and foreign companies, and the field exhibition will be held on an area of 400,000 square meters. Participation in the exhibition will be through the website allocated by the exhibition management, which will provide guiding videos to the participants in seven different languages, as well as allocating a pavilion for imports to provide an electronic platform that allows foreign companies to enter the Chinese market. (KUNA)

Share
Previous WHO official lauds Kuwait’s effort in vaccinating its population
Next Stop support for Kuwaitis in private sector who earn 3,000 KD and more 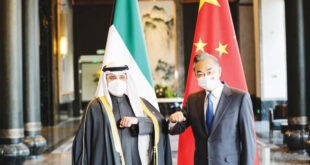 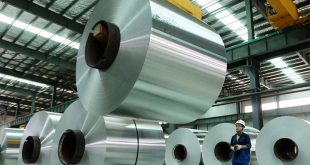