KUWAIT CITY, Sept 26: The Cabinet held its weekly meeting Monday, Sept 26, 2022 at Seif Palace, headed by His Excellency Sheikh Talal Khaled Al-Ahmad Al- Sabah, Acting Prime Minister, Minister of Defense and Acting Minister of Interior. After the meeting, the Deputy Prime Minister and Minister of Interior stated that the State Minister for Cabinet Affairs, Dr. Muhammad Abdul Latif Al-Faris, stated the following: The Cabinet discussed the recommendation of the Legal Affairs Committee regarding dropping the remaining installments owed by the martyrs to be honored by the Public Authority for Housing Welfare and the Kuwait Credit Bank and returning what was paid to their families at the request of the Martyr’s Office. The Council of Ministers decided to approve the committee’s recommendation.

Then the Council of Ministers discussed the committee’s recommendation regarding a draft law approving an agreement between the Ministry of Defense in the State of Kuwait and the Presidency of the Council of Ministers on Information Management for the Security of the Italian Republic regarding the exchange and protection of confidential information and a draft law approving a protocol amending an agreement between the government of the State of Kuwait and the government of the Grand Duchy of Luxembourg to avoid double taxation.

The camp, which is two kilometers long and two km. wide, is located to the west of Sabah Al-Hamad City, Al-Fares told reporters following the weekly cabinet meeting at Al-Seif Palace on Monday. The cabinet members appreciated the decision as “a generous initiative” from Sheikh Talal Khaled Al-Sabah to address the housing question, he noted. On the 92nd National Day of sisterly Saudi Arabia, due this Friday, the cabinet offers sincere congratulations to King Salman bin Abdulaziz Al Saud and Crown Prince Mohammad bin Salman Al Saud as well as the brotherly people of the Kingdom.

Praising the achievements of the Kingdom and its positive role in serving the Muslims and world peace, the cabinet wishes the sisterly Kingdom more prosperity, progress, stability and welfare under its wise leadership, Al-Fares pointed out. Minister of Education and Minister of Higher Education and Scientific Research Dr. Ali Fahad Al-Modhaf briefed the cabinet on the preparations for the start of the school year 2022-2023. He elaborated on the arrangements made by the specialized committees on rehabilitation and maintenance of schools and educational facilities countrywide. The cabinet expressed the best wishes for all students, calling for sparing no effort to ensure decent educational environment.

Implementation
Regarding the implementation of mega projects, the Cabinet discussed the recommendations of the competent ministerial committee and the report of the committee on state land regarding appropriation of areas for residential projects in urban areas. The cabinet tasked Kuwait Municipality with speeding up the appropriation of plots of land, specified in the report, for the PAHW which will, in turn, distribute the plots among beneficiaries.

The municipality has to coordinate with PAHW and other competent state agencies to develop housing projects in these areas and report back to the Cabinet within one month. The Cabinet debated the progress of the Leisure City project, the timelines of related projects, including Al-Shaab Park (T2), Failaka Island resorts and Al-Sebbiyah Leisure city, the status quo of Al-Shamlan pond, the upgrading of Kuwait International Airport, the labor city, the cargo city, Kuwait railway project, Al-Safarin marketplace, and the designing and development of rest houses along highways. The cabinet discussed the latest report of the technical committee on the Sheikh Jaber Al-Ahmad Causeway investment projects. (KUNA) 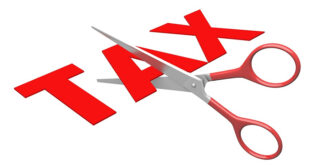 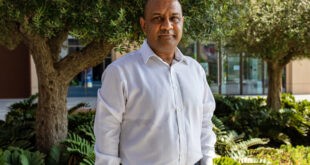