KUWAIT CITY, July 31: Informed sources say, “The leave balance allowances will be disbursed to employees from the beginning of the month of September, after the sanctioning of the state budget by a necessity decree. It will be considered as a covenant in the budget”.

Ministries and some other government agencies have been working on completing the lists of those entitled to leave allowances. The sources revealed that the Cabinet’s Economic Committee was tasked with studying the increase in the cost of living, so that after the completion of its own scenarios, it would be approved by the Cabinet. They explained that the study includes the items of the increase, its cost, and those entitled to it.

The allowance, according to the proposed scenarios, will also include retirees (pensioners). Regarding the elections, which will follow the government formation, which has become almost ready and is expected to be announced before the end of this week, the sources said the intention is to issue a law at the High Electoral Commission to supervise the upcoming elections, which will gain transparency and integrity.

They highlighted a set of measures in this framework that will have a positive reflection on the electoral scene in general, and also remove doubts from those with suspicion.

Regarding the leave allowances, the Ministry of Social Affairs is close to completing requests for selling leave balances of more than 2,500 applicants who meet the conditions.

The Ministry of Health is working on completing the registration and preservation of these appraisals for the past year 2021 (the year of the pandemic) with the relevant department bodies to refer to the Finance Department the names of those benefiting from this feature. It is noteworthy that the Ministry of Education received 4,393 applications, including 1,775 applicants from the Ministry of Education’s headquarters, while other parties are still racing against time to finish this file. By Khalid Al-Hajri Al-Seyassah / Arab Times Staff 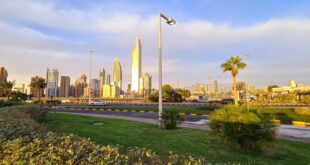